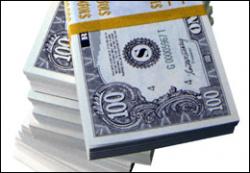 The disability program of the Social Security Administration (SSA) is facing a dire future, with estimates showing that starting in 2016 the SSA may only be able to pay out 80 percent of funds for disability payments.

The disability program of the Social Security Administration (SSA) is facing a dire future, with estimates showing that starting in 2016 the SSA may only be able to pay out 80 percent of funds for disability payments. A major mistake by the administration resulting in overpayments of $1.3 billion is adding to the overall concern of the program’s health. It is believed that around 36,000 people received more money from the SSA’s disability program than they should have between December 2010 and January 2013. As odd as it is that the administration did not catch these overpayments, it is also strange that not a single one of the 36,000 individuals reported the mistake.

A recent report released by the GAO (Government Accountability Office) stated that the $1.3 billion was most likely paid to people who weren’t supposed to be able to work due to disabilities, but in many cases were actually employed. It takes a special kind of person, or 36,000 people, to accept government assistance meant for people who can’t work at the same time paychecks are coming in.

Buying a House to Help a Disabled Child with Death Benefits

The 36,000 people represent less than 1 percent of people who are receiving disability payments from the SSA’s program. The GAO is blaming the mistake on the SSA’s lack of ability to police their system, yet the administration says that their accuracy rate is above 99 percent.

Qualifications for being a beneficiary of the SSA’s disability insurance program include being physically or mentally impaired to the point of being unable to hold a job. A person who applies for this benefit must wait five months to start receiving money, and during that time must make less than $1,000 a month. However, the Government Accountability Office discovered that many beneficiaries’ income exceeded the $1,000 cap.

As an example, a physician who made up to $22,000 a month during the five month period, and then went on to accept $90,000 he did not need or deserve over the course of three years. At least two other beneficiaries were paid in excess of $20,000 in 2013 even though they made a lot more than the $1,000 a month limit during their waiting period.

Another condition of the program is that after people quality for benefits, they can begin a trial work period. This allows them to both work and take payments from the SSA, but only for up to nine months. Yet, many people were found to have been continuing to accept benefits past the nine-month periods.

The GAO says that there may be more instances of overpayments. A full investigation is needed to determine how many people actually took money that didn’t belong to them. If fraud is discovered, the Office of the Inspector General will take over the investigation.