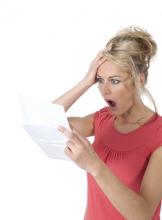 Subsidies Will Temper Health Insurance “Rate Shock” for the Young The Affordable Care Act (aka Obamacare) is a complex, multi-faceted law but critiques of it are often simplistic and opponents find themselves getting twisted up in contradictions trying to resist implementation.

The Affordable Care Act (aka Obamacare) is a complex, multi-faceted law but critiques of it are often simplistic and opponents find themselves getting twisted up in contradictions trying to resist implementation. For example, states that reject the Medicaid expansion on grounds of it being too costly for them will actually find themselves much deeper in the hole when all factors are taken into account, and critics of state based health insurance exchanges will find themselves saddled with a one-size-fits-all federal solution rather than one where the state can exercise autonomy.

A newish area for lament and critique is the “rate shock” that some say will hit young people especially hard in 2014. There are reasons that rates will rise. For example, by letting people with pre-existing conditions buy health insurance and for the same rates paid by healthy people, overall rates will rise. But according to a new issue brief from Avalere Health, many of the people who are predicted to experience “rate shock” will have their pain cushioned because they are in the income band that makes them eligible for premium subsidies.

If health plans, exchanges and others market the premium subsidy opportunity effectively they may find plenty of willing customers and “rate shock” won’t be such a big deal after all.

I asked Avalere’s CEO Dan Mendelson to comment on the findings. Here’s what he said:

“There has been a lot of rhetoric on the issue of “rate shock” – with Republicans playing it up and Democrats playing it down.  But the issue is real and needs to be anticipated and mitigated by policy makers.  And consumers have to prepare.

Our study shows that 2/3 of young eligibles are going to be subsidized by the government if they enroll.  This will mitigate the effects of any “rate shock” for the majority of younger enrollees.

Of course many older people, as well as young people with chronic health conditions who were underwritten on the basis of experience will see their premiums go down on enrollment in the exchanges.”