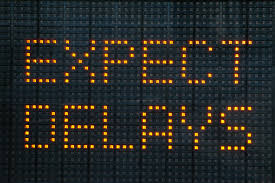 Summary: With so many ACA delays thus far, is the ACA really what we bargained for? Should the President have the authority to delay ACA provisions at his discretion or is it his duty to uphold the law as written?

The Affordable Care Act was enacted in 2010 with provisions becoming effective over several years, many of which have been delayed.

Summary: With so many ACA delays thus far, is the ACA really what we bargained for? Should the President have the authority to delay ACA provisions at his discretion or is it his duty to uphold the law as written?

The Affordable Care Act was enacted in 2010 with provisions becoming effective over several years, many of which have been delayed.

Why the ACA delays?

Political Views of the ACA Delays

While legislation can be controversial in nature, the ACA, with its over 900 pages and its complexity of nature, certainly top the charts. Opponents have deemed the president’s decisions to delay certain mandates and provisions to be blatantly illegal, touting that the president, under the constitution, has the duty and not the discretionary authority to uphold the law. Proponents, conversely, state that the delays are merely a temporary postponement to make corrections and adjustments to the law.

To date, there have been many delays/postponements to the ACA and its provisions.

What Are Some of the ACA Delays?

3.  Individual Mandate – You Better Have Insurance or Else – The Individual Mandate requires individuals to carry insurance coverage or face a penalty. There are a few exemptions built into the provision, but very few individuals would qualify under these exceptions. As par for the course when it relates to the ACA, the Individual Mandate was delayed 6 weeks to March 31. Part of the delay was due to the computer debacle as indicated below for Healthcare Exchanges.

4.  Healthcare Exchanges / Marketplaces – Does Anyone Know a Good Techie? Probably the worst and most publicized delay was the implementation of the Healthcare Exchanges. The Healthcare Exchanges are marketplaces in which individuals can shop for insurance in one place. States were given the option as to whether to setup state-run exchanges or default to the federal exchange. We could certainly write a full article just on this provision delay. The marketplaces were due to be open for business as of October 1, 2013. One technology issue after another delayed the opening as individuals weren’t able to properly access and complete the online enrollment process. Some of the glitches occurred in the state-run exchanges while the majority occurred in those run by the federal government. Individuals were completely frustrated with the entire process. Additionally, Congress miraculously was given an “opt out” which provided them with employer contributions when they purchased insurance through the exchanges, a provision – mind you – that isn’t available to anyone else. Does that sound right to you?

5.  SHOPs – Own a Small Business – You Have a Reprieve! SHOPs are basically small business exchanges or marketplaces. They were originally required under the ACA to become effective in 2014, and surprise, surprise, they have been delayed until 2015. The ACA requires SHOPs to offer at least 2 health plans.

6.  Subsidies – Show Me the Money! Subsidies are available only through the exchanges. The basic premise is if you meet certain conditions including having an income level around the federal poverty level, the government may pay for part of your insurance premiums. Originally, if you ended up earning more than you had anticipated, you might have to pay the government back a portion or perhaps even all of a subsidy. This provision has come under tremendous scrutiny and has actually been delayed for a year. Additionally, the employer-reporting requirement was delayed, which created the need for self- attestation for income. This was later partially retracted after congressional and public outcry over the likelihood of fraud.

7.  Unions – Congress has Special Exemptions, Why Not Unions? – Guess who is exempt from reinsurance fees? You guessed it – unions. Guess who will be paying for these lost fees? Non-exempt plans which will more than likely pass the costs right to the consumers in the form of higher premiums and / or higher deductibles. Hmmmmm…….

8.  Health Plan Cancellations – Can You Keep Your Health Plan? As part of the original provisions in the ACA, all health plans had to meet minimum qualifications and include essential benefits in order to meet the requirements of providing coverage. Insurance plans who didn’t meet these minimum benefits were to start cancelling policies, which would leave many Americans with no coverage. As with many provisions surrounding the ACA, you guessed it, this provision was also delayed, giving plans additional time to make the required policy changes to comply with regulations. Additionally, in the interim, individuals can purchase catastrophic insurance, which can serve as Band Aid to avoid the individual mandate penalty. A delay was also issued to expand the hardship waiver to those whose employer cancelled their plans. This delay extends currently through October 1, 2016.

While there are many more ACA delays, these are some of the major ones. With so many delays, not only in the ACA, but other initiatives, such as EHR implementation and ICD-10 transformation, it is difficult to put a lot of faith in the deadlines of the healthcare system. Can you bank on a particular provision to be delayed or do you need to make every effort to comply? Can you afford to procrastinate? Can you afford the steep penalties associated with non-compliance?

What are your thoughts on all of these delays? Are they a political ploy? Are they made truly to accommodate individuals and businesses? Is there some sort of hidden agenda?