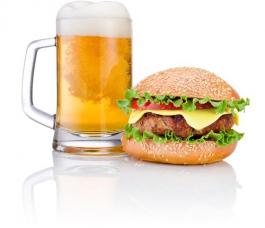 Exploring the relationship between health and education, a team of researchers investigated the diets and behaviors of German adults from a range of socioeconomic backgrounds.

Exploring the relationship between health and education, a team of researchers investigated the diets and behaviors of German adults from a range of socioeconomic backgrounds. They soon discovered that adults with a lower level of education consume more energy-dense foods — junk food — than their more educated peers. But then again, they drank less alcohol as well.

“Higher levels of physical work activity among adults with lower education may partly explain why they consume more sugar-rich food,” the authors wrote. Oddly, they also observed such ‘class differences’ seemed to disappear at retirement age. “No significant associations between education and energy-dense food intake were observed in the retirement-age group,” they wrote in their study.

The German National Health Interview and Examination Survey 1998 involved 7,124 participants, between ages 18 and 79. By repeatedly collecting data on the health status, health-related behavior, and living conditions of adults in Germany, the researchers surmised they would gain a window into the occurrence of widespread diseases, risk factors, and healthcare problems. Not only did the survey encompass more routine healthcare data, it also included complete information on education and nutrition variables for 6,767 persons.

“Men and women with only a primary education had a more frequent intake of sugar-rich and fat-rich foods and a less frequent intake of fruit and vegetables and alcohol than people with a tertiary education,” the authors concluded. Yet, they also noted that physical work activity partly explained the relationship between education and junk food. In particular, the link between education and diet showed itself most vividly among men, who also more frequently reported greater physical work activity when compared to women. Interestingly, these differences evaporated once people reached retirement age.

The authors also hypothesized another reason the more highly educated may eat less junk food. Since alcohol also contributes to energy intake, the educated may feel less inclined to eat high-sugar and high-fat foods simply because they are already drinking their calories. 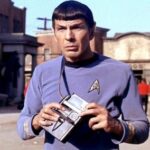