5.2 Million Who Won’t Qualify For Medicaid or Subsidies for Private Insurance Live in the 26 States Not Expanding Medicaid Under the Law 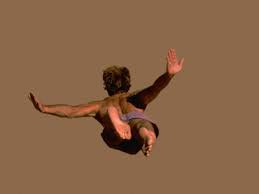 A new analysis from the Kaiser Family Foundation

5.2 Million Who Won’t Qualify For Medicaid or Subsidies for Private Insurance Live in the 26 States Not Expanding Medicaid Under the Law

A new analysis from the Kaiser Family Foundation provides state-level data showing how many impoverished uninsured adults fall into the Affordable Care Act’s “coverage gap” — those who will be ineligible to enroll in Medicaid and also will not qualify for financial assistance to buy private health insurance in the new marketplaces in states that are not expanding Medicaid under the law.

The number of uninsured adults with incomes below the poverty level who will be ineligible for these two main ways that the ACA expands coverage to the uninsured when the law takes full effect on Jan. 1 ranges from more than 1 million in Texas, to 242,000 in Louisiana, and 17,000 in both Alaska and Wyoming. [See Chart Below] In all, 26 states are not moving forward with the Medicaid expansion, leaving 5.2 million poor uninsured adults with very limited coverage options, and likely to remain without health insurance. Over half of those in this “coverage gap” live in five states: Texas, Florida, Georgia, North Carolina and Ohio.

The gap opened up when the Supreme Court ruling in 2012 made the ACA’s Medicaid expansion optional for states.

As enacted in 2010, the law would have set a national eligibility level for Medicaid of 138 percent of the federal poverty level, or $15,856 for an individual and $26,951 for a family of three. No longer would Medicaid eligibility be tied to whether individuals fell into categories such as being a parent of a dependent child, a change that in many states meant the program would be open to non-disabled childless adults for the first time. Meanwhile, the ACA’s premium tax credits were designed to make private insurance plans sold in the new marketplaces affordable for millions of people with generally higher incomes, those ranging from 100 percent to 400 percent of the poverty level — or $11,490 to $45,960 for an individual, and $19,530 to $78,120 for a family of three.

But the continuum of coverage envisioned under the law will not exist in states not moving forward with the Medicaid expansion, where the median Medicaid eligibility limit in 2014 will be 47 percent of the poverty level for parents ($9,179 for a family of three) and other adults won’t be eligible at any income level. Instead there will be a gap in which adults who earn less than a poverty-level income, but who do not qualify for their state’s current Medicaid program, will be ineligible for help getting coverage under the ACA. This group represents more than a quarter (27%) of all the uninsured adults ages 19 to 64 in the states not moving forward with the Medicaid expansion. The share ranges from 18 percent in Alaska to 37 percent in Mississippi. Notes: Figures exclude undocumented immigrants and legal immigrants in the U.S. fewer than 5 years. Wisconsin will provide Medicaid eligibility to adults up to the poverty level in 2014.
Source: Kaiser Family Foundation Analysis

The full analysis, “The Coverage Gap: Uninsured Poor Adults in States that Do Not Expand Medicaid,” as well as information about methodology and many other Kaiser Family Foundation resources related to the Affordable Care Act, are available online at www.kff.org. A forthcoming companion analysis will examine the number of people, nationally and by state, who will be eligible to receive federal tax credits to help them pay for private coverage in the new insurance marketplaces.

The Kaiser Family Foundation, a leader in health policy analysis, health journalism and communication, is dedicated to filling the need for trusted, independent information on the major health issues facing our nation and its people. The Foundation is a non-profit private operating foundation, based in Menlo Park, California.

Read the Issue Brief : The Coverage Gap: Uninsured Poor Adults in States that Do Not Expand Medicaid