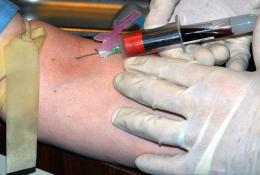 ClinicalTrials.gov, a service of the U.S. National Institutes of Health (NIH), houses a database of clinical studies conducted on human volunteers around the world.

ClinicalTrials.gov, a service of the U.S. National Institutes of Health (NIH), houses a database of clinical studies conducted on human volunteers around the world. A new analysis of 585 large clinical trials registered with the government’s website finds that more than a quarter have never been published in scientific journals — of these unpublished trials, slightly more than three-quarters did not post the results online.

As a result, about 250,000 participants “were exposed to the risks of trial participation without the societal benefits which accompany the dissemination of trial results,” Christopher W. Jones, M.D., attending physician at Cooper Medical School of Rowan University and lead author, stated in a press release.

The Numbers Behind the Trials

Non-publication of clinical trials has been a subject of controversy with critics asserting that when the results are not favorable, some industry-funded clinical trials do not get published. In this way, some believe the industry wrongfully protects a ‘bad’ product or drug. It also may violate a law which requires that many of the trials involving human participants not only be registered but also post results on the clinical trial website.

To understand the fate of large clinical studies, the authors investigated 585 trials with at least 500 participants that had been registered on ClinicalTrials.gov and completed before January 2009. Of the total 585 registered trials, 171 (or 29 percent) had not been published by November 2012, the end date when a literature search was conducted. Of the 171 unpublished trials, 133 (or 78 percent) had no results available on the NIH website. Non-publication was more common among industry funded trials (32 percent) compared to government, university, or grant-funded trials, which nevertheless racked up an overly hefty 18 percent — nearly one out of five.

“Clinical trials are an essential source of information for how to care for patients,” Timothy F. Platts-Mills, M.D., an assistant professor of emergency medicine at UNC and senior author of the study, stated in a press release. “Additional policies are needed to ensure that results of all large clinical trials are made publicly available in a timely manner.”

This is not the first time clinical trials have been criticized, though at least one time in the past it has been for a very different reason.

In an article published in 2007, Wired magazine explored what they described as (and titled) “Drug Test Cowboys: The Secret World of Pharmaceutical Trial Subjects.” Author Josh McHugh discovered that “with diligence, luck, and a willingness to fudge their age and other details to match researchers’ requirements, professional guinea pigs can earn $50,000 a year or more.”

U.S. scientists require a total of at least 10 million healthy test subjects each year, Wired reported. And an individual medical study can pay as much as $10,000. For his report, McHugh trails 36-year-old ‘Nick,’ who told Wired that he has earned a total of $80,000 by “swigging chemically enhanced sport shakes, popping pills laced with radioactive carbon 14, submitting to 36 blood draws over a four-day stretch, and pooping in a box.” Nick is actually a pseudonym because researchers don’t want to use ‘serial’ participants — “compounds from past experiments lingering in the blood could compromise their results,” he told Wired.

Among the revelations in McHugh’s article is an unusual source of inspiration: Guinea Pig Zero, an online zine, offers first-person accounts of participation in clinical trials as well as news and information. The editor, Robert Helms of Philadelphia, has since retired from guinea pigging, but happily continues to write and publish.