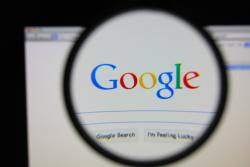 Last month I wrote about the rising importance of Patient Opinion Leaders (POLs) and their capacity to influence healthcare through the new age of social media. However, whatever your feelings are about Google, you have to admit that it’s pretty dominant in the world of search, and if you’re not being listed by it then your influence is going to be limited.

Last month I wrote about the rising importance of Patient Opinion Leaders (POLs) and their capacity to influence healthcare through the new age of social media. However, whatever your feelings are about Google, you have to admit that it’s pretty dominant in the world of search, and if you’re not being listed by it then your influence is going to be limited. After all, even the most social-media savvy blogger will tend to see more traffic via search than social channels.

So as a blogger, you really want Google to ‘see’ what you are doing and list it in a favourable way. Here is where you need to know that Google has been making changes to the way it sees blogs over the last few years. It used to be that you could search ‘Blogs’ as a separate category on Google, but not too long ago this option disappeared. Blogs now appear under the category of ‘News’ – try it for yourself by searching for something like ‘pharma’ under Google News and you will see some of the results coming back flagged as a blogs.

But herein lies the problem. To be listed as a ‘blog’ by Google you need to follow some stringent guidelines set out by the global search behemoth as outlined on its ‘Getting into Google News’ advice page. Basically, this breaks down into three key criteria:

It all sounds pretty straightforward, so if you’re a genuine blogger writing original stuff, you should be fine, right?

This is where I’ll hold my hands up and admit that if you search specifically under Google news (which includes blogs), the news and articles on pharmaphorum (the pharma thought leadership site I founded almost five years ago) don’t come up. It’s not a major problem, as we still get plenty of Google traffic, but for a site that has authored around 2,000 original thought leadership articles and publishes daily original news (written by experienced journalists) it’s a little odd.

So maybe our technical criteria are not right? Perhaps, but it’s amazing how many other extremely informative and reputable blogging (and news) sites fail to appear under Google news. For example, both healthworkscollective.com and socialmediatoday.com, where this blog appears, are not listed. And posts on other extremely well-established healthcare blogging sites such as kevinmd.com, and the blog of one of the most prominent POLs – Dave deBronkart (epatientdave.com) – also fail to come up when you search for them under Google News.

It’s not like everything is excluded, but it does seem to steer towards listing the big ‘news’ sites, like the BBC, Wall Street Journal, and so on, rather than highly relevant and fresh blogging sites.

So, has Google got something against smaller blogging sites? The conspiracy theorists might surmise here that Google is favouring listings towards those sites that spend the most money with them, but I like to take a more optimistic approach towards the situation. I simply wonder whether Google has time to review anything but the largest news sites versus its criteria for reputable news and blogs, so tends to fall back on not listing the smaller ones.

Either way, I’d love to hear from anyone at Google, or anyone else who knows their listing criteria better than I do.

There are a lot of really good healthcare bloggers out there who have gained (rightful) prominence via social media. Come on, Google – let’s recognise them!