Heading back to Mama Fed

Heading back to Mama Fed

Health plans don’t like sick people. They rack up big medical expenses, drive up health plan administrative expenses, and generally knock down profitability. In the bad old days of Medicare managed care, some plans went out of their way to make sure their membership rolls were filled with healthy people. My favorite tactic from those times? Putting the enrollment office on an upper floor of a no-elevator building to keep out the frail.

Plans are supposed to have fewer incentives now to avoid the sick. The government pays Medicare Advantage plans on a risk-adjusted basis, so in theory plans are indifferent to member health status. But a new study in Health Affairs (High-Cost Patients Had Substantial Rates of Leaving Medicare Advantage and Joining Traditional Medicare) shows that when Medicare Advantage patients get sick they tend to drop out and put themselves back in the arms of the government.

What’s going on? The authors aren’t certain, but they float some ideas:

These explanations are all reasonable and –like other findings– raise questions about the value of Medicare Advantage plans and of health plans in general. They spend a lot of money on various administrative functions and generate friction with providers and members. But at the end of the day they don’t tend to add a lot of value in cost management or quality improvement, and patients who use the system a lot would rather take their chances in a government-run program. Some plans actually realize this, which is one reason they lobbied so strongly against the “public option” in the Affordable Care Act.

Health plans, including Medicare Advantage plans, have a long way to go to prove themselves, and I have my doubts about whether they’ll make it. I’ll be interested to see what happens over the next decade or two. Will providers (in the form of accountable care organizations or similar) take over the role of health plans and will they be more effective? Will we eventually move to a single payer system that does away with health plans? 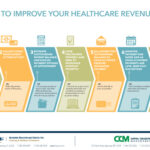 When Patients Don’t Pay the Bill: Increase Your Revenue with a Collection’s Strategy
Next Article 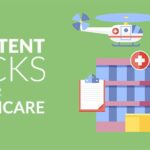 5 Marketing Hacks to Generate Content Ideas for Your Healthcare Organization