For a large and growing number of us with meager or no coverage, health care is the ultimate “gotcha.” Events conspire, we receive care and then are on the hook for a car- or house-sized bill. There are few alternatives except going without or going broke.

Steven Brill’s recent Time cover story clearly detailed the predatory health care pricing that has been ruinous for many rank-and-file Americans. In Brill’s report, a key mechanism, the hospital charge master, with pricing “devoid of any calculation related to cost,” facilitated US health care’s rise to become the nation’s largest and wealthiest industry. His recommendations, like Medicare for all with price controls, seem sensible and compelling.

But efforts to implement Brill’s ideas, on their own, would likely fail, just as many others have, because he does not fully acknowledge the deeper roots of health care’s power. He does not adequately follow the money, question how the industry came to operate a core social function in such a self-interested fashion or pursue why it has been so difficult to dislodge its abuses. For that, we need to turn our attention to a far more intractable and frightening problem: lobbying and the capture of regulation that dictates how American health care works.

It is hardly a coincidence that, in 2009, as Congress cobbled together the Affordable Care Act (ACA), more than 4,500 health industry lobbyists, eight for every member of Congress, delivered more than $1.2 billion in campaign contributions in exchange for influence over the shape of the law. Framed against an annual $2.8 trillion national health care expenditure, this paltry investment will deliver massive returns for decades.

The industry wanted two things in the reform law: to increase the number of Americans with publicly financed health coverage and to neutralize health care cost containment efforts. Its lobbyists, tasked with spinning every relevant legislative bill and regulation to advantage, achieved both to a breathtaking degree.

Over time, health care’s legislative influence has compromised the American dream and now threatens our national economic security. We spend double per person what other developed countries do on health care. About half of that provides no value, wasting about $1.5 trillion per year, 9 percent of GDP, or a sum slightly larger than our 2012 budget deficit.

This has become our most serious national economic concern. Even while average total employee compensation has risen, compensation net of health insurance has flat-lined. A 2011 RAND calculation showed that four of every five dollars of household income growth is now absorbed by health care. Growing state health care expenditures are displacing funds for other critical needs, like education and infrastructure replacement. American businesses competing in international markets must overcome a 7+ percent disadvantage on health care costs just to be on a level playing field with firms in other industrialized nations.

It is easy to understand how the health care industry manipulated the rules of publicly financed programs like Medicare and Medicaid. A larger mystery is business’ passive acquiescence to explosive health plan premiums, which have become its largest and most unpredictable cost burden.

Part of the answer lies in the health care industry’s masterful divide-and-conquer tactics. Every community’s most prosperous and influential business leaders sit on local health company boards. No Chamber of Commerce will organize efforts that oppose the egregious practices of its largest members, the health plans and hospitals. Business health coalitions that welcome drug and device firm subsidies are loathe to mount efforts that might offend their benefactors.

So far, business has not displayed much appetite for galvanizing on this issue. But the fact remains that, unless the business community and its champions come together, health care will almost certainly continue to have its way with Congress and the national largess, planting the seeds of financial instability and undermining the nation’s future.

Health care is critically important, but America’s health system is dangerously out of balance. Fixing it will require that non-health care interests find ways to limit health care’s (and any group’s) tremendous power and influence over policy, and in the process re-establish the primacy of the common over the special interest. The question is whether business will rise to the challenge.

The post Why Only Business Can Save America From Health Care appeared first on The Doctor Weighs In. 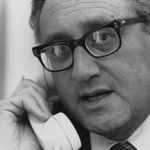