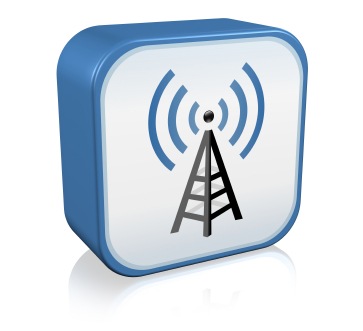 The WiFi Revolution in Healthcare IT

Written by Irene Froehlich, Director of Marketing at Dr First

Healthcare is on the verge of a revolution in mobile technology thanks to WiFi.

Written by Irene Froehlich, Director of Marketing at Dr First

Healthcare is on the verge of a revolution in mobile technology thanks to WiFi.

For healthcare IT mobile apps, the advent of universal WiFi would enable developers to build powerful mobile applications. Currently those apps utilize tablet computers or smart phones to connect via 3G or 4G networks with top speeds running at 12mpbs. WiFi has a current top speed of 300mbps. The increase in speed makes electronic health record transfers, additions and manipulation much faster.

According to Tech Goes Strong, the biggest news is the standard speed of WiFi is set to increase with the help of a new format called Gigabyte WiFi  enabling a top speed of 1.3gbps, more than 1,000 times faster than 4G and more than four times faster than current WiFi speeds.

Adding to the news of a significant increase in speed is a massive increase in WiFi coverage. Dubbed by the industry “Super-WiFi ”, WiFi coverage will no longer be measured in feet as it is now. It will be measured in miles. A Super WiFi broadcast hub could cover 40 miles using an indoor hotspot, which is 4-5 times larger than current standards.

According to the WiFi  Alliance, these changes would make using WiFi similar to using a cell phone. Instead of having to log into each new WiFi area, this process would take place much in the way it does when using a cell phone Logging in to a WiFi spot is done automatically and is part of the service received from an Internet Service Provider.

What this means for healthcare IT is virtually no lag times when updating forms, searches would be seamless and there would be constant connectivity. Currently smart phone users contend with data caps, fees for excessive use and lag times. The use of 3G and 4G networks has far outpaced anticipated need with insufficient bandwidth for all users. WiFi will eliminate the bandwidth issue.

Any mobile apps running on a smart phone will run faster with far less crashing and interruptions. Technical work on gigabyte WiFi should be completed by the end of the year and Super WiFi by early 2014.

About DrFirst: For over a decade, DrFirst has been a pioneer in the health IT industry, becoming the leader in standalone electronic prescribing (e-prescribing). DrFirst was the first company to realize the importance of connecting with both RxHub and Sure­scripts, the first to systematically provide electronic prescription software services to EMR/EHR, PMS, and other health IT vendors, and the first to electronically transmit prescriptions for controlled substances under a DEA waiver – with the primary goal of prioritizing provider needs first and secondly modernizing the continuum-of-care across the nation through connected healthcare communities.