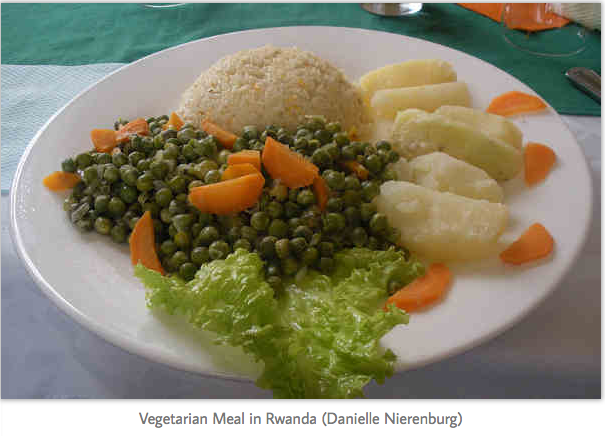 World Health Day: Investing in Vegetables is a Win-Win-Win

April 7th is World Health Day. This year focuses on high blood pressure, one of the many diseases increasing across both the industrialized and developing worlds. Food Tank is hosting a week of informative posts about how personal and large-scale changes in both food and agriculture systems can address these diseases. The Barilla Center for Food & Nutrition (BCFN) reports that eating vegetables can help prevent heart disease. Similar studies from The Organic Center and the United States Department of Agriculture also report that getting four-to-six servings of vegetables every day can reduce the risk of heart attack, stroke, obesity, and some cancers. So what is it that makes vegetables so powerful? Vegetables are some of the most nutrient dense foods on the planet, with large amounts of nutrients in relatively few calories. They are particularly good sources of micronutrients, including vitamin A, iron, and iodine. These nutrients are only required in small amounts, but they are critical for human health and missing from the diets of around 2 billion people worldwide. Micronutrient deficiencies lead to poor mental and physical development among children, as well as poor performance in work and school. AVRDC – The World Vegetable Center also estimates that nutrient deficiencies cause millions of deaths each year. “The key need is for balanced diets,” says AVRDC – The World Vegetable Center Director General Dyno Keatinge. “Vegetables are our best source of the vitamins, micronutrients, and fiber the human body requires for health. They add much-needed nutritional diversity to diets.” But that’s not all. Vegetables are also valuable for adapting to and mitigating climate change. According to BCFN’s Double Pyramid, vegetables, along with grains and fruit, should form the foundation of diets that increase health, reduce carbon emissions, and protect the environment. Vegetables are also often less affected by extreme weather than staple crops, because they typically have shorter growing times. In addition, smallholder family farmers make more money per acre growing vegetables than staple crops. Farmers working with AVRDC – The World Vegetable Center in Bangladesh are making 8 times as much money growing tomatoes than they could growing rice. Labor-intensive vegetable production also provides more jobs for rural communities, especially women. Indigenous and heirloom vegetables are particularly rich in micronutrients, and they are also usually more resistant to pests, disease, and drought. Around the world, Slow Food International is working with farmers and communities to revive both traditional recipes and growing practices that support indigenous vegetable crops. With all these benefits, vegetables are key to nourishing both people and the planet. Meatless Mondays are already popular, but maybe its time for a day that is not just meat-less but vegetable-more, encouraging people to celebrate these nutritious, sustainable, and profitable food sources every week. Original Post

RELATED Stories for you
Global Healthcare

9 Strategies for Creating Healthier Food and

This year, World Health Day focuses on high blood pressure, one of the many