Every time a one-of-a-kind 3D-printed trinket takes center stage, the power of the technology seems to blow our minds – whether it is Strati, the first 3D-printed car; the 3D Varius, the first SLA 3D-printed electric violin; the 2-story villa being built in China with 3D-printed modules; or pizzas, cookies, and cakes printed by XYZ Printing’s 3D Food Printer.

Every time a one-of-a-kind 3D-printed trinket takes center stage, the power of the technology seems to blow our minds – whether it is Strati, the first 3D-printed car; the 3D Varius, the first SLA 3D-printed electric violin; the 2-story villa being built in China with 3D-printed modules; or pizzas, cookies, and cakes printed by XYZ Printing’s 3D Food Printer.

3D printing has already revolutionized personalized healthcare with 3D printed ears, hearts, skin, kidneys, and bones and tracheas. However, this latest development may just be the beginning of custom-ordered drugs, instead of a one-drug-suits-all approach.

The US Food and Drug Administration (FDA) approved the very first prescription drug developed through 3D printing this month. Spritam, by Aprecia Pharmaceuticals, is a dissolvable tablet that controls seizures brought on by epilepsy. The new 3D-printed version is specially designed for children or other patients with difficulties in swallowing large pills.

The Aprecia pill, printed layer by layer, is highly porous and dissolves quickly when submerged in liquid, delivering the medication rapidly.

What the 3D printed tablet means today is that finally, after decades of manufacturing pills in factories and shipping them off to hospitals, medication can finally be designed much closer to the patient, with doses specifically tweaked to suit his or her requirement.

Reaching this milestone has not been an easy task for sure. There have been many attempts to print medication in the past; none with such victorious results before.

In 2012, Professor Lee Cronin at the University of Glasgow turned a 3D printer into a universal chemistry set looking to print prescription drugs via downloadable chemistry. He pointed out that almost all drugs are made of hydrogen, carbon, and oxygen, and other readily available agents and the printer would make it possible to make any organic molecule with a small number of inks. Back then, Cronin and his team of researchers were working on developing the first chemical app for Ibuprofen. He admitted that they were still at the “science fiction” stage of the process at that time.

A team of researchers from the Louisiana Tech University in August last year believed they had come up with a way of printing drugs with the help of a 3D printer. The 3D printer would be able to create a capsule made out of a biodegradable material and medicine, altered as per the requirements of the patient, would only need to be inserted before it was sealed.

Researchers at the University of Michigan last October used the method of organic vapor jet printing to create rounded, facet-less crystals called nanolobes. These nanolobes, the scientists believed, lent themselves to being manipulated through 3D printing technology to create medicine that would not only absorb more readily into the body but also make personalized dosing more viable.

Dr Mohamed Albed Alhnan and his team at the University of Central Lancashire developed a drug-polymer filament system in December last year that, they believed, could replace the original filaments in a 3D printer, thereby making it possible to print a tablet with realistic doses of the medicine.

3D printing has already emerged as a game-changer for medical research. With the potential to change the lives of patients like never before, the FDA approval of the 3D-printed pill is a giant leap forward in the pharmaceutical industry. 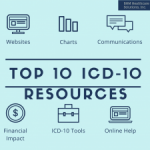 ICD-10 Top Ten Resources: The Best Resources in One Place
Next Article 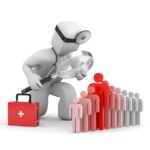 Not Using Digital Advertising for Your Clinical Trial Patient Recruitment?