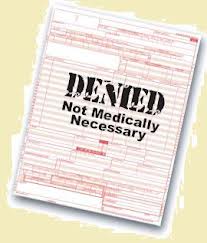 There are few things more frustrating to a physician than a pile of Medical Necessity edits. Medical Necessity is the term we use in healthcare to describe care what is reasonable and appropriate for a patient based on evidence-based care standards.

There are few things more frustrating to a physician than a pile of Medical Necessity edits. Medical Necessity is the term we use in healthcare to describe care what is reasonable and appropriate for a patient based on evidence-based care standards. This has become something of a major bone of contention between payers and physicians, because, often times, physicians don’t understand why their clinical judgment is being brought into question.

The reality is, payers are not always judging the clinician’s care per se, so much as they are questioning if the level of care was incorrect. The procedure or prescription may well have been appropriate for the patient – but if it was provided in the wrong care setting, a payer won’t cover those services.

To render services in such a way – say, making a patient an inpatient when an insurer feels the patient could have had those services as an outpatient- can be a very precarious conversation. Often, the physician involved reacts initially by being defensive that their decision to admit a patient was correct, due to perhaps something they were able to intuit about the patient that an insurer just wouldn’t know. In this case, the insurer will allow for an audit of the patient’s hospital chart, at which time they can review all the elements of the patient’s treatment, diagnosis and inpatient encounter and make a final determination.

At times, physicians are dubious of these reviews because they feel that those who are auditing the charts may not have the right kind of medical training to truly understand the nuances of the chart. This is a valid concern. It’s up to the payers undertaking the audits to prove that those reviewing the charts are fully trained and capable to review the chart and that they will fairly and accurately assess the chart. If, in fact, their assumptions were wrong then they will agree that the care was correct at the inpatient level – but, by allowing them to deeply audit the chart, the payer and the physician can both be assured that the amount paid for the services is accurate.

We no longer live in a world where doctors can bill willy-nilly for services. If a physician who was a crooked business person wanted to try to “work” the system the reality is, they would have to work extremely hard to achieve this – so much so that it likely wouldn’t be worth it. Of course, payers can never be certain and they don’t exactly have an excellent track record giving healthcare organizations the benefit of the doubt. Therefore, it keeps both the physician and the affiliated hospital or physician group and the interest of the payers protected if the audits are done when there is a question of medical necessity.

Now, what in a chart would make a payer question the validity of a claim? Sometimes, it’s simply based on something that they couldn’t intuit from the chart where there was seemingly a gap in physician documentation. Often, expert medical coders will catch this and can refer it back to the physician before the chart is coded. If they are able to catch these things before the claim is submitted, it will reduce the time and money spent on denials.

Other times, the problem may be with the coding itself. It’s always possible that a coder made an honest mistake with a code, but with the advent of new computer assisted coding and the megalith of ICD-10, there are times when a coder might code to what they think is the highest diagnosis and perhaps the insurer doesn’t agree because they are still working off of some other coding standard. This miscommunication can be resolved, but it’s frustrating for both parties – and the physicians, who come to think that there is something amiss with the hospital’s coding department.

When everyone’s faith in one another is undermined, it creates a difficult situation for resolving conflict and making sure that everyone is doing their part to reduce denials. Hospitals and physician groups think that payers are the enemy, payers are just trying to keep everyone honest and, of course, make money for themselves, and the coders are the monkeys-in-the-middle who regularly vacillate between hating the physicians for having sloppy documentation and hating the payers for being cool and disinterested in the nuances of their unique patient demographic.

The truth is, this process is undergoing major changes and soon enough we’ll all have to band together. The reality is, everyone is doing what they think is best for themselves at the moment- not necessarily what’s best for the patient. Since healthcare is a business and not a human right, we have yet to find a way to shift this paradigm. But, with the promise of hyper-specific ICD 10 codes, perhaps it will become easier to look at each individual patient – and physicians won’t have to try to read the minds of coders, billers and payers.