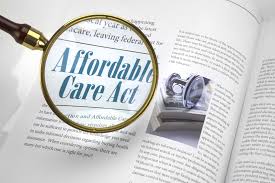 Five years into the Affordable Care Act, the healthcare climate of the United States has continued to evolve and improve. While there are some long term changes required that have just begun to take shape, many changes brought about by the ACA are immediate gratification.

Five years into the Affordable Care Act, the healthcare climate of the United States has continued to evolve and improve. While there are some long term changes required that have just begun to take shape, many changes brought about by the ACA are immediate gratification. Changes to Medicare and Medicaid have helped many Americans gain coverage that they previously wouldn’t have had access to. While the system is imperfect, there’s plenty of positivity to consider since it launched in 2010.

Going into our fifth year, let’s take a look at five things you should know this year as the nation continues to move forward with the ACA.

One ACA mandate that is on the forefront of everyone’s minds is the case for free preventative care. In an attempt to get our nation healthier, and keep it healthy, the ACA states that routine wellness check-ups and other preventative care must be provided with no cost to the patient. This includes routine check-ups each year, vaccines (like your yearly influenza vaccine) and screenings for various cancers. Since these health services come at no cost to patients, money no longer need be a barrier for care. For all of us, screenings, routine care and immunizations are the necessary baseline for ongoing good health.

If you’ve never heard the term “doughnut hole” to describe the gap in coverage for Part D subscribers, allow me to digress and enlighten you: the “doughnut hole” gap in coverage represents the drop-off between out-of-pocket maximums and when coverage kicks in for prescription drugs for those under Medicare Part D. Currently, this “doughnut hole” is still big enough to be problematic for many Medicare beneficiaries, but the hope is that the “hole”, or gap in coverage, will continue to shrink between now and through 2020.

Prescription drug coverage under Medicare, or “Part D” plans, will see a reduction as the government begins to weed out plans that are redundant, ineffective, noncompliant with ACA provisions, merging with other plans or underutilized. Even though there will ultimately be fewer plans to choose from, it won’t be slim pickings: Part D beneficiaries will continue to have choices between several plans, and they’ll be the creme of the crop.

4. Premiums for Marketplace Insurance Will Decrease (Well, some will).

Many who have already signed up for insurance (Obamacare) through the marketplace may have seen a reduction in premiums from last year’s offerings. In the second year of wider healthcare accessibility, the continued goal is to allow more and more individuals to acquire insurance – particularly individuals who aren’t able to afford private insurance or are not covered by their employer. Of course, while urban areas have seen lower premiums, some studies have seen increases in rural areas – a fact that the ACA will need to address if they want to continue to appeal to underinsured populations.

5. Employers Penalized for Not Offering Coverage

One mandate of the ACA that hasn’t thrilled the masses is that of the employer coverage: companies that employ 100 people or more will be penalized starting this year if they don’t offer coverage. By 2016, the penalties for those who employ between 50-99 will kick in, meaning that this is the year for companies big and small to start shopping around for insurance plans. Right now, the penalty is at $2,000 per employee after the first 30 – and if there are 100 employees or more in a fairly small company, that could mean big bucks in fines. The question is, will it be less money to pay the penalty than to offer an insurance plan?

Other areas that should always be of interest? Security, especially where EMRs are concerned. As the technology of the electronic health record continues to proliferate and apps pop up for patient access, preventing breaches should be, as always, at the top of every healthcare system’s priority list.

What do you predict for this year? What is your organization hoping to accomplish in 2015? Tweet us your goals @bhmhealthcare and let us know how we can help you reach them.