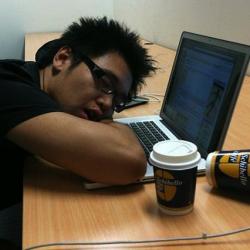 Calling in Sick: It Happens Everywhere, But in Some Countries It Matters More You wake up coughing, still tired, and running a fever. Question: Go to work or stay home?

You wake up coughing, still tired, and running a fever. Question: Go to work or stay home? Researchers from Concordia University’s John Molson School of Business discovered that the answer to that question depended on where you asked it, because people round the world view the matter very differently.

“Although absenteeism from work is a universal phenomenon, there is very little cross-cultural research on the subject,” wrote the authors in a new study which illustrates the value of models that “accommodate both cross-national variation and individual differences.”

Multinational… But Not Uniform

The researchers queried 1,535 employees working at companies in nine separate nations: Mexico, Pakistan, Ghana, India, the U.S., Canada, Japan, Trinidad, and Nigeria. Although all 10 corporations were multinational and most could be categorized within the sectors of consumer products and technology, the responses did not suggest an overarching uniformity.

Quite the opposite. The researchers reported that respondents from Pakistan, India, and Trinidad believed calling in sick to be an acceptable practice, while employees based in Canada, Mexico, and Nigeria demonstrated neutral attitudes. Meanwhile, those who worked in the U.S., Ghana, and Japan apparently viewed missed days of work more negatively. In other words, cultural differences impact how people perceive the practice of calling in sick from work.

“From a practical standpoint, this study demonstrates that organizations which attempt to develop corporate-wide attendance policies that span national borders should take indigenous norms and expectations concerning absenteeism into consideration,”wrote the authors. “Additionally, in an increasingly mobile global workforce, how does an individual who has been socialized in a nation where absence is generally viewed as a more legitimate behavior behave in a nation where it is viewed as less so?”

Another study conducted by a team of researchers working at universities located in Norway, Sweden, and the United Kingdom considers how a work absence impacts an employee’s self-perception.

For this study, researchers explored the relationship between feelings of shame and absence from work due to sickness. They polled Swedish employees who ranged in age from 19 to 64. The participants responded to a mailed questionnaire, and then the researchers linked the data they gathered to national registries on sickness absence. What did they discover?

Young people, individuals born outside the Nordic countries, those on lower incomes, and people with higher levels of education reported feeling more shame surrounding any absence due to sickness. Somewhat expectedly, those with more past absences due to sickness also were more likely to report higher levels of shame. And, compared to those absent from work because of a physical illness, those who stayed home due to a mental illness or two or more illnesses similarly reported higher levels of shame. Neither gender nor occupational class influenced the level of shame felt by individuals.

Significantly, those who reported higher degrees of shame were more likely to have prolonged absences due to sickness in the following year.

“Increased understanding of the impact of social and emotional aspects around sickness absence could be an important source for improved quality of rehabilitation,” the authors wrote in their study, which was published just this past July. There may be practical applications for employers, as well. Finding ways to warmly welcome back employees once they have returned to their jobs might be one way for an employer to go. After all, such a practice may prevent more absences further down the line and so benefit the bottom line.