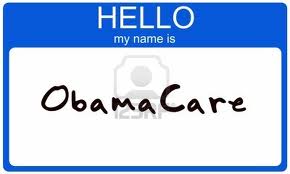 When it comes to healthcare reform, a big chunk of the community that you serve—and audiences you want to reach with hospital and medical marketing—simply may not know what you’re talking about (or care).

When it comes to healthcare reform, a big chunk of the community that you serve—and audiences you want to reach with hospital and medical marketing—simply may not know what you’re talking about (or care).

Our caution here is to deliver meaningful marketing and advertising messages to the right level of consumer awareness. Ongoing polls suggest that’s likely to require a good measure of elementary education and informed persuasion.

Here’s a bit of the background. Understandably, the Patient Protection and Affordable Care Act (ACA) is wide-reaching and the details are complex. Everyone connected with the nation’s healthcare delivery system—working inside the industry—has a practical working knowledge.

We’ve all been immersed in the implementation phases for several years and we tend to assume that, like us, everyone is just as familiar with ACA, including our own verbal shorthand and jargon. But most of the reform run-up has been on industry side, not the public side.

Only now, with the advent of new health insurance exchanges—and state-by-state promotions—is the external public beginning to notice of the beating drums. The level of awareness may not be what you assume it to be.

Looking back to the spring of this year, the Kaiser Health Tracking Poll: March 2013 reported significant “gaps in knowledge persist,” and that “a majority of Americans (57 percent) say they do not have enough information about the ACA to understand how it will affect them.

“Perhaps more importantly, this share rises to two-thirds among some of the key groups the law was designed to help: the uninsured (67 percent), and those with incomes below $40,000 (68 percent).

In addition to being unfamiliar, Gallup reports that Americans are still wary of the health law. “More Americans disapprove (49%) than approve (41%) of the Affordable Care Act. An additional 11% have no opinion. As this landmark legislation enters the next phase in its implementation process, it remains divisive. With the exception of a bounce likely caused by President Barack Obama’s re-election in November 2012, Americans have been more disapproving than approving of the healthcare law.” “Additionally, more Americans are pessimistic than optimistic about the future impact of the law. Less than a quarter believe it will make their family’s healthcare situation better, while 38% say it will make it worse.”

Among the many independent resources to help educate the public is a free guide available from the nonprofit Consumer Reports: Health Reform: Seven Things You Need to Know Now. (And for those individuals willing to dig even deeper, they also provide a health insurance buying guide.)

The bottom line here is that as health care reform rollout dates draws closer, much of the public that it is intended to benefit is uninformed, uncertain about the details, and possibly suspicious about ACA.

The more knowledge you have about public awareness and perceptions, the better prepared you are to devise and deliver relevant and engaging communications.