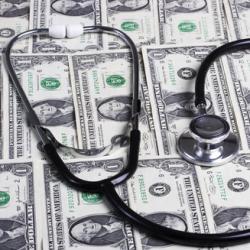 Paul Krugman: Stop Being an Embarrassment to the Profession About two-thirds of all the Medicaid enrollees in the country are enrolled in private, managed care plans. Even those who remain in traditional Medicaid are likely participating in a plan that is administered by a private company ― much as Medicare is administered almost everywhere by such entities as BlueCross, Cigna and other insurers.

About two-thirds of all the Medicaid enrollees in the country are enrolled in private, managed care plans. Even those who remain in traditional Medicaid are likely participating in a plan that is administered by a private company ― much as Medicare is administered almost everywhere by such entities as BlueCross, Cigna and other insurers.

I’ll have more to say about this below, but let’s move on to Paul Krugman who, in his latest New York Times column, lashes out with this array of assertions:

The problem is not just that this is all wrong. Krugman is often wrong. (Just Google the words “Krugman is wrong” and see how many items pop up.) When he writes about health care, Krugman is almost always wrong. (See here, here and here.) The problem is that lay readers are inclined to think this is “economics,” rather than the uninformed diatribe that it actually is.

As noted, about two thirds of all Medicaid enrollees are in private managed care plans (see here, page 13). Participation varies from state to state, but appears to have no relationship to conservatism or liberalism or whether the state is Democrat or Republican. While South Carolina and Tennessee (are these the two most conservative states?) have 100 percent of their Medicaid enrollees in managed care programs, Alaska, New Hampshire and Wyoming (are these the most liberal?) have no Medicaid managed care enrollment.

What about Krugman’s claim that Medicaid is better at bargaining with providers than private plans are? As I responded in a previous post:

Medicaid doesn’t bargain with anybody. It sets a price and providers take it or leave it. Unfortunately, almost one-third of physicians leave the money on the table and are refusing to take any new Medicaid patients. Moreover, if this were a desirable way to hold down costs, we don’t have to enroll [anyone] in Medicaid to achieve it. We could just impose price controls on the whole health care system and let everyone pay Medicaid rates.

Of course, real economists know that the social cost of something is not the price we pay. It is the opportunity cost of the resources needed to produce it. In the case of medical care, as long as we have the same doctors, nurses, hospital personnel, etc. performing the same services, price controls do not lower costs, they shift costs — from patients to providers. In fact price controls actually increase the social cost of care — as the time price of waiting rises to ration a scarce resource.

The more important point is that Medicaid, like Medicare, is a dumb payer. It will take almost any doctor into its “network,” no matter how good or how bad. Ditto for the hospitals. It makes little effort to determine whether its prices make sense, or whether they are causing long waits and inadequate access to care. And it’s easy to cheat. In fact the best estimate is that 1 in every 10 dollars in both programs is lost to fraud and billing errors. (By contrast, the fraud rate is less than 1 percent in the credit card industry.)

That’s where managed care comes in. I have not been a fan of managed care in the past and still have serious questions about it. That said, remember the Obama administration’s goal for health reform? It wants to replace fragmented decision making by independent doctors with coordinated care delivered by doctors working in teams, connected to a medical home. It wants buyers to purchase quality, not quantity. It wants decisions to be evidence-based. It wants electronic records in order to standardize care and reduce errors.

Guess what is about the only place where all these ideas are being tried out? In private managed care plans with Medicare and Medicaid patients. In many Medicare Advantage plans practitioners are already doing what the Obama administration says it wants to do with Medicare as a whole — without any prodding or nudging from the federal government. They are using coordinated/integrated/managed care systems to achieve fewer admissions, fewer readmissions and fewer hospital days than conventional Medicare. (See the latest summary of the evidence by Jeff Lemieux in a comment at the Health Affairs blog.)

IntegraNet of Houston is an Independent Practice Association that manages about 30,000 Medicaid patients and about 12,000 Medicare Advantage patients. (See our previous description.) Through fees, quality metric bonuses and profit sharing, a typical doctor seeing Medicaid patients gets paid about 25 to 30 percent more than what Texas Medicaid pays other doctors. IntegraNet is able to pay doctors more by getting rid of a lot of the waste in ordinary Medicaid. There are fewer hospitalizations, emergency room visits are rare and fraud is almost nonexistent.

Are these efforts saving taxpayers money? That’s not clear. Austin Frakt points to this study, finding that private contracting reduced costs where Medicaid was paying higher fees ― which the insurer was able to bargain down. Part of the problem with these studies is that they lump together plans that are doing little more than trying to push down fees with those that are trying to reform the way medicine is practiced.

Here’s what I’m convinced of. A lot of people out there are making a lot of money by finding ways to reduce health care costs. But just because costs are being lowered does not mean that the taxpayers are gaining. Remember, government is a dumb buyer of almost everything.

Since Krugman singled out Florida for special editorial abuse, I’ll conclude with the latest on that experience from Michael Bond:

Has the reform saved money? The initial, cautious answer appears to be yes. During the first two years of reform, expenditures in Broward and Duval Counties were lower on per member per month basis.

Meanwhile, data on 28 different measures of health outcomes ranging from blood pressure screening to prenatal care indicated that patients in the reform plans were above the national average in 14 of the categories vs. nine for non-reform Medicaid enrollees.

While it’s still very early in the implementation of these reforms, the initial evidence suggests that they have led to more competition, better benefits, healthier lifestyles, reduced costs, and better health outcomes.