Don’t Like the Sound of ACOs? Here’s an Alternative Most experts agree that it’s still too early yet to know for sure if ACOs will succeed, but many who are poised for its failure have started designing alternatives. One of them seems a little counter-intuitive: Non-Payment.

Most experts agree that it’s still too early yet to know for sure if ACOs will succeed, but many who are poised for its failure have started designing alternatives. One of them seems a little counter-intuitive: Non-Payment.

In healthcare we talk a lot about paying physicians but we don’t seem to talk very much about the instances when we shouldn’t be paying them. In the public sector, though, withholding of payment has long been a strategy to dissuade improper practices – such as unnecessary procedures or tests. In the fee-for-service model, where physicians could bill for everything individually and there were really no caps on just how much they could invoice for, denying a payment was a sure-fire wake up call. Medicaid and Medicare, which are government funded, were able to utilize this strategy, but in the private sector there was little incentive for payers to put a stop to “useless” spending. But now, with healthcare spending spiraling out of control, both the public and private sectors need to take a closer look at where their money is going.

Non-Payment strategies are challenged by the fact that it’s impossible to capture all instances where doctors have billed for services that they shouldn’t have – because they probably haven’t documented it – which is why the plans in place through government funded programs are likely to have a more accurate view of these practices. Public programs are tracking hospital acquired infections and they make a point of not paying physicians when these crop up – and it is felt that it could have been avoided. The same goes for readmission reduction programs. These programs, both of which are mandatory, don’t incentivize through rewards, but rather, use penalties to keep hospital’s accountable for their spending.

Who is using these programs?

These programs aren’t very wide-spread, however. In a 2011 report from the CMS, only 21 states have such programs implemented- and the realm of public payers, they seem to be working. Medicare cracked down on preventable outcomes (like HACs)- but not just tracking them, but not paying for them. The earliest data has shown that the readmission rates have responded to these measures by declining – down from 19 % to 17.5 % in 2013. These studies aren’t definitive, though – more data is needed to determine if there is, in fact, a correlation between non-payment and reduced readmissions.

One preliminary survey by The Leapfrog Group showed that Texas – which had the biggest reduction in readmissions in 2013 – potentially did see a correlation between their reduced readmissions and the implementation of a non-payment policy. If this is true, the hospital system studied could become a vital case study.

What works best: punishment or reward?

It’s the classic conundrum: do people, or groups, respond more to rewards or penalties? Behavioral economists and psychologists have long debated whether rewards or penalties work best. While we might not see the industry ever dominated by non-payment models, it’s likely to continue to be one facet of the payment system as we continue onward in our reformation. 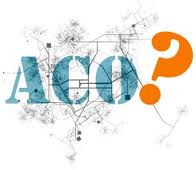 ACO Is Not One Size Fits All