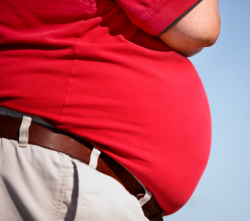 Today U.S. Rep. Bill Cassidy, MD (R-06-LA) introduced a bipartisan bill focused on treatment and prevention of Obesity in America. The “Treat and Reduce Obesity Act of 2013” takes an important step to curb this growing epidemic by providing physicians with the necessary tools to address obesity and diabetes in this country.

Today U.S. Rep. Bill Cassidy, MD (R-06-LA) introduced a bipartisan bill focused on treatment and prevention of Obesity in America. The “Treat and Reduce Obesity Act of 2013” takes an important step to curb this growing epidemic by providing physicians with the necessary tools to address obesity and diabetes in this country.

The Partnership to Fight Chronic Disease (PFCD) believes that addressing obesity in America is a national priority and in doing so, we can save billions of dollars by better managing and preventing obesity and obesity-related chronic diseases. The “Treat and Reduce Obesity Act of 2013” could have an especially notable impact on lowering downstream costs and improving outcomes for the nation’s Medicare population.

In light of yesterday’s news from the American Medical Association (AMA) classifying obesity as a disease in and of itself, clearly there is a strong following in favor of giving obesity the attention it is commanding throughout our health care system. Doctors at AMA’s annual meeting declared that officially deeming obesity a disease would lead to greater investments and potential coverage for treatments for obese patients.

Obesity is one of the most prevalent cost drivers of chronic disease and is an epidemic growing faster than any previous public health issue our nation has faced. If current trends continue more than 103 million (43 percent) American adults will be obese by 2018 and costs attributable to obesity will jump more than $344 billion dollars over that same period, accounting for more than 21 percent of the nation’s direct health care spending.

Despite the fact that obesity is responsible for 112,000 deaths and for more than 100,000 cases of cancer annually, an ongoing challenge has been getting Americans to see obesity as a serious medical condition. Obesity is an unfortunately powerful gateway and has been linked to several medical conditions, including diabetes, heart disease and depression. These medical conditions are among the top priority medical conditions identified time and time again for needed improvements in the efficiency of treatment, prevention, and quality.

Congress can help change this by echoing the AMA’s declaration and ensuring that obesity is recognized officially as a chronic condition, qualifying obese patients for the necessary treatment, behavior modification and preventive measures necessary to address this epidemic. Fostering an environment supportive of healthy practices will undoubtedly help avert costly chronic conditions. A critical supplement to the many ongoing efforts across the public and private sectors, this legislation is another step in the direction of positive treatment and prevention.