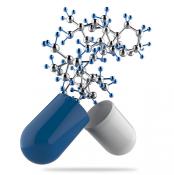 The path we’re on now in the US and Europe is to ape the experience with small molecule products by introducing generic versions as patents expire. As I’ve discussed in the past, this is a bad idea. Development costs are high, manufacturing is notoriously difficult, and the products won’t be identical anyway. That’s why the products are called “biosimilars.” As a result the products are going to be expensive –we won’t see nearly the costs savings as we do with small molecule products, and FDA will be stretched too thin monitoring the manufacturing facilities. Instead I propose to allow branded products to maintain their monopoly after patent expiration, but to regulate pricing.

Recently I’ve been thinking this through a little bit more and have become even more troubled by the idea of biosimilars. In particular I’m concerned about the ethical and practical issues of conducting clinical trials for these products.

Patient recruitment is a challenge for most clinical trials, and as a result studies are frequently delayed. A key problem is that few development-stage therapies offer significant improvements over what’s already on the market, so there is limited enthusiasm to participate in a study that has little reward but also includes risks. Doctors don’t feel comfortable recommending that patients enroll, and patients are understandably hesitant, too.

The challenge for bio-similar trials will be even harder. It’s hard for me to understand why a patient would want to join a trial just to help prove that a new therapy is very similar to an existing therapy. I suppose it’s possible that a biosimilar product could be a little better in specific instances, but mostly these trials will just attempt to prove a new drug is the same as the old.

The ethical issue is related to the practical one. If there’s no upside to joining a trial, is it reasonable to ask a patient to take on any extra risk, such as the risk that the product doesn’t work or makes them sicker? I kind of doubt it.

At the end of the day, I feel more strongly than ever that biosimilars and biogenerics are a foolish and pricey prospect.