Should I enter the portal or not?

Should I enter the portal or not?

A new study on use of electronic health portals by patients with chronic kidney disease is another example of telling people something we already know: people with lower socioeconomic status don’t adopt healthcare innovations to the same extent as those with higher status. In this case, white, young, married, commercially insured, higher income patients used the portal more.

Here’s what the lead author told NPR about the study:

“Despite the increasing availability of smartphones and other technologies to access the Internet, the adoption of e-health technologies does not appear to be equitable,” Abdel-Kader says. “As we feel we are advancing, we may actually perversely be reinforcing disparities that we had been making progress on.”

Presumably the portal users expected to receive some sort of benefit as a result of logging in. However, from what I can understand from the NPR story and study abstract, the researchers were unable to document the clinical benefit (better blood pressure control) that they were expecting to find.

So maybe a better conclusion is that relatively privileged people with the luxury of time and bandwidth on their hands tend to waste time and resources on a portal that doesn’t provide benefits, while those with lower status focus on more important and productive pursuits.

Ok, that conclusion may not be correct either, but I have real doubts about the usefulness of this research.

It’s ironic that the authors –while bemoaning barriers to access and arguing passionately for policies to address it– published their study and accompanying editorial behind a paywall in the Clinical Journal of the American Society of Nephrology rather than with an open access publisher such as PLOS. I’m curious about the details of the study but not enough to pay $27 for the article and another $27 to read the editorial. I’m going to spend my $54 on something better.

Image courtesy of basketman at FreeDigitalPhotos.net
— 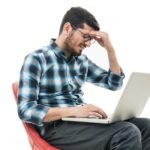 Does Your Medical Practice Website Relieve Patient Anxiety?
Next Article 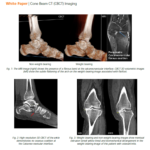