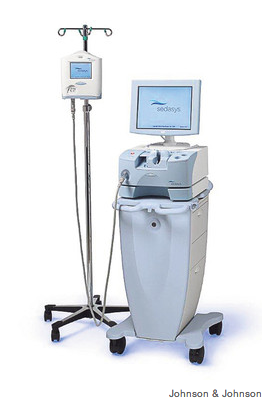 Sedasys is a new machine developed by Johnson & Johnson, designed to take over anesthesia of patients undergoing colonoscopies. The FDA approved Sedasys last May and it will be available for sale early next year. J&J is currently rolling it out to selected hospitals where they have trained physicians in its use.

Sedasys is a new machine developed by Johnson & Johnson, designed to take over anesthesia of patients undergoing colonoscopies. The FDA approved Sedasys last May and it will be available for sale early next year. J&J is currently rolling it out to selected hospitals where they have trained physicians in its use.

The machine would actually decrease the cost of anesthesia during the colonoscopy procedure, costing only about $150 while anesthesiologists charge usually $600 to $2000 per procedure.

The clinical study showed that Sedasys actually reduced risks associated with oversedation. From the press release,

Johnson & Johnson will conduct further testing of the device to gather more information on the safety and efficacy of the system before they started making it widely available.  But obviously, the idea is to have the system replace anesthesiologists in the administration of sedation for specially selected individuals.  Daniel Pambianco, medical director of Charlottesville Medical Research states,

“The technology will empower health care facilities to more effectively use their limited resources to deliver greater value in the increasingly resource-constrained U.S. health care environment.”

And from the FDA overview,

“ The SEDASYS System is a first-of-a-kind device that will allow non-anesthesia professionals to administer propofol during colonoscopy and EGD procedures provided they have training that meets the requirements and in settings having immediate availability of an anesthesia professional as defined in the labeling.”

So, what’s the problem here?  Is there one?  Dr Karen S Sibert seems to think there may be.  Dr Sibert is associate professor of anesthesiology at Cedars-Sinai Medical Center.  She writes on KevinMD,

“It will take time and larger outcome studies to assess the clinical risk of propofol sedation guided by the Sedasys device.  Used as intended, with properly selected patients, severe adverse outcomes may be rare.  By actuarial standards, the cost in dollars saved for a large cohort of patients may be quite favorable, even compared against the cost incurred with a single severe adverse outcome.  As always, though, the cost vs. benefit ratio looks different if the poor outcome happens to be yours.”

What do you think?  Innovative technology or an accident waiting to happen? 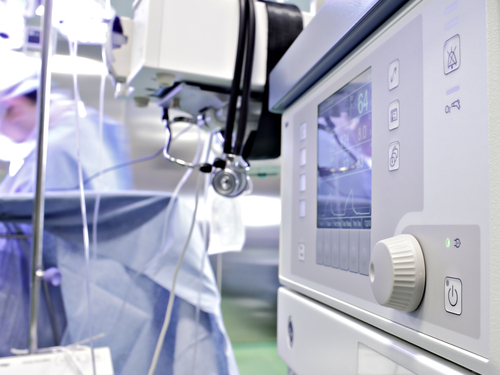