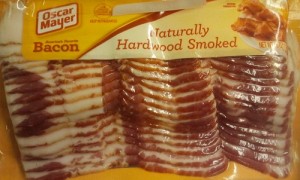 He was raised in the 7th day Adventist religion, and never tasted meat. When he was in high school he rebelled against his family, and became a strict vegan and atheist.

He was raised in the 7th day Adventist religion, and never tasted meat. When he was in high school he rebelled against his family, and became a strict vegan and atheist.

In college he joined the Trotsky party and preached how being a vegan would save the planet. Ironically, after he received his MBA from The University of Chicago he was offered a high paying job at a major financial firm , where he quickly rose the ranks to a corporate VP. While he abandoned the ideas of communism as preached by his Trotsky friends, he continued being a vegan, and gave a great deal of money to conservation groups for Brazilian rain forests. He didn’t drink alcohol, and when he met his friends he would juice for them – his favorite combination was carrot/apple/pear and kale.

His first episode of pancreatitis confused his doctors, because he didn’t drink, didn’t have gallstones, or have any of the other things which cause pancreatitis. But he did have a mass in the head of his pancreas  – that led him to my operating room where we performed a major operation called a Whipple procedure – where we remove the head of the pancreas, part of the first part of the intestine, and other tissues. A lymph node, outside of the operation field turned out to be positive for pancreatic adenocarcinoma. In addition, the margins of our resection was positive for tumor. His chance of five year survival went from around 18% to less than 2%.

Sitting on his bedside he was distraught, “Doctor, how can this be? I’ve never put a bad thing in my body. Not even soy, nothing.”

He did have a sense of humor, he asked me, “Do you think I could get some bacon?”

As a joke, the next morning, I arranged for one of the local shops to send a bouquet of bacon. When I arrived at his hospital room he was chewing on a piece, and in shock I asked, “John, what are you doing? That isn’t fake, that is real bacon, from a pig, who had a face, who was born from a mother, who had a face, that was raised in horrible conditions, and filled with nitrates.” “Hey this stuff is good, doc. Can’t believe I missed out on this.”

He was discharged that day, and when he came to my office he brought me a juicer. “Doc, I don’t have any more use for it. Top of the line, made especially for me. Great motor. I’m done.”

He had stopped being a vegan, started loving bacon, and decided to ignore the advice his oncologist and not have chemotherapy or radiation therapy. He was wealthy enough not to worry about work, and he decided to travel a bit.  He also had long conversations with me about how he thought how his life would have protected him against cancer. We discussed how the literature really didn’t say that, and while his family of Seventh Day Adventists had less cancer, the still did get cancer, and heart disease, and the entire host of diseases of modern man – if only you live long enough.

Two weeks later he invited me to dinner at a local steak house. I told him there were better- he wanted to know, I gave him a list, and he changed the reservation. He loved steak, ” it was a bit hard on my stomach for a few days, but I really like the flavor. Now it seems like I’ve been eating this for years.”

Six months went by, and I received a card from him – the front was a photo of a lamb – on the back “these are delicious, and by the way, I am still alive.”

A year went by, he called me up, “Doc, I don’t want to come to your office. But I am in town, and I found the most delicious supplier of pork products. And, I have this great chef who can do anything with them- come to my suite and have supper. If you want to examine me, that’s fine too.” The meal was delicious, he was fit and in good health.

At two years he had outlived all expectations. He was in good health. Had all the scans show up without evidence of disease.  He said he didn’t do chemotherapy, he did bacon therapy. He had developed a palate for great wines, grass fed beef, and pork.

He became well acquainted with the literature about vegans.  On his own he went to China, to the very provinces where The China Project was, and discovered how shoddy their research was. “Their analysis is bad, their death statistics are bad, and if you really go through it, probably meat is better than vegetables.” He had hired a statistician who went through their original documents, and came up with that set of conclusions. He discovered that The China Project didn’t know about heart disease there, because that is not how the deaths were recorded.

He reconciled with his family, but left the religion alone. Maintaining his atheism even with the almost universally fatal diagnosis hanging over his head.

Ten years out he maintained his fit frame, has bacon every morning, and says it is a part of his regimen. When I asked about what vegetables he eats he replies, “I ate enough of them to get cancer. I know, it was not really a cause, but I don’t like too many of them.” He became an expert noodle maker after watching them make them in China, as well as the dumplings, which are his favorite. He gave up running when his knees were too sore.

He is the longest living pancreatic cancer survivor with this diagnosis. His lymph node specimen was sent to various pathologists to see if we were wrong- and all say it is classic pancreatic carcinoma. The specimen margins of his pancreas were also positive for cancer.

When told that the latest Huffington Post was saying how cancer genes were turned off by vegetables he laughs. “I should never have had them turn on. But I am tempted to tell them that mine were turned off by bacon. I know it was a joke, when you sent that to me, but thank you – because I have never tasted anything quite that good.”

I asked, “You don’t really believe it was the bacon, do you?” He laughs, “Of course not. I’m just lucky. Luckier than most.”