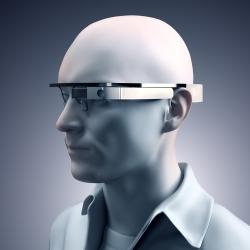 Technology Innovations That Are Changing the Face of Health Care

As technology continually expands with each passing year so do the industries it affects. This year the world has been witness to everything from wearable technology like Fitbit Google Glass to 3D printing, both of which are prime examples of tech and healthcare melding.

As technology continually expands with each passing year so do the industries it affects. This year the world has been witness to everything from wearable technology like Fitbit Google Glass to 3D printing, both of which are prime examples of tech and healthcare melding.

Smartphone and tablet apps are more than just for entertainment. In fact, the leading sales in apps are health and fitness related apps. From fitness clips to food journals to text reminders to take medicine, these apps can help to educate those affected by diabetes and keep them healthy. For example, those who have diabetes are able to use an app that automatically syncs their glucose readings with their phone.

One of the most interesting innovations is telehealth—virtual doctor’s appointments. While there are some unique challenged facing telehealth, namely in regards to safety and security of confidentiality, telehealth offices are growing in popularity. Instead of having to drive to an appointment, patients can see their doctor via Skype and other video chatting programs. While telehealth is certainly convenient and cost effective, the jury is still out on whether or not this will become a viable part of the healthcare industry. Though wearable technology is still in its infancy, it has had widespread influence across the healthcare industry. The purpose of wearable technology is to meet the needs of patients in ways that will both better and simplify their experience during operations and procedures. Additionally, this technology could be used for real-time education for medical students, giving them a more in-depth education in order to better prepare them for residency.

Optogenetics is a new technology in neuroscience. It allows neuroscientists the ability to target a single neuron in the brain by simply turning on a light. As of right now, optogenetics has only been tested on mice, but the results have lead doctors to believe that optogenetics could benefit humans by providing a better understanding of how people create thoughts, emotions, and behaviors.

Understanding the creation of emotions could eventually lead to helping people detect mental disorders such as schizophrenia, Parkinson’s, and depression. By controlling the activity of certain neurons, neuroscientists will be able to understand the what, why, and how of each neuron and their contributions to the overall function of the brain.

However, optogenetics is a hot topic in the medical community and has been on the receiving end of both praise and backlash. Whether or not this approach will indeed be effective has still remained unseen, but nevertheless, it is a new approach to neuroscience that has already helped scientists and doctors understand the complexities of the brain.

While this was approved back in 2011, digestible sensors are just now beginning to grow in popularity. These sensors transmit information about a patient to medical professionals in order to help them customize the care of the patient. These sensors monitor the body’s systems and wirelessly transmit the information into the patient’s computer or smartphone, as well as directly to the doctor.