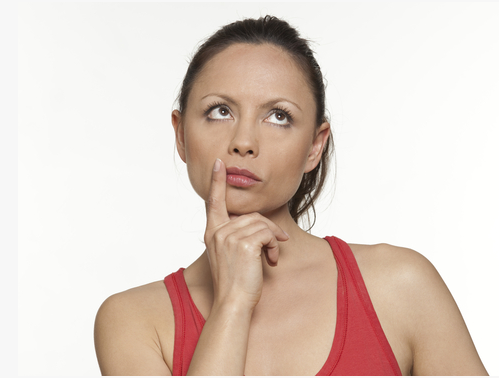 The Bliss of Forgetting

Quick: what did you have for lunch 2 weeks ago? Let’s try another one: who was secretary of labor in the Truman administration? (no Googling!) Don’t remember? you are not alone. We manage to forget the thousands of trivia that daily assault our attention. This is self-preservation, or as evolutionary psychologists would call it, an adaptive trait; can you imagine if our brain stored all those inconsequential facts for months and years? Can drive one to drink. Actually, there are some people who seem to remeber everything, even the details of an unremarkable street scene such as the make and year of cars that passed while they were walking, the faces of people who passed by -and it all happened one month before. Amazing! but also unenviable. The capacity to forget is a blessing -just ask victims of PTSD who are haunted by recurrent memories of traumatic experiences that happened years before.

How do we forget?

We tend to regard the act of forgetting as a passive process. Memory fades, we say, as if it just drift away. We actively commit something to memory; but we don’t usually commit something to forgetting; In fact, if we tried we’d probably remeber it for a long time. This is akin to telling somebody to not think about an elephant for the next 15 minutes. An invisible censor in the brain will make sure that we do. Unlike “memory”, we don’t even have a noun for “forgetting”..

A spate of recent papers examined this issue, and the results are truly surprising. Consider the paper that came out of Ron Davis, chairman of the neuroscience department at the Scripps Institute in Florida. Dr. Davis has been doing pioneering work on memory in…fruit flies. Turns out, these little bugs are great models for studying human memory. Their brains are relatively simple and individual neurons can be identified and studied. Their genetics has also been studied in great detail, allowing scientists to generate mutants and observe their effects on the affected cells. And as a bonus, their lifespan is short and they multiply like well, flies, so there is no dearth of material to study in great detail.

One of the great contributions that Drosophila research has made is the realization that our genes have their equivalents in Drosophila, our metabolism is essentially identical to theirs, and our neurons function just like theirs. For instance, Ron Davis discovered, using functional cellular imaging of living flies, that they have six memory traces that form in the olfactory (smell) nervous system after conditioning with odors. Three traces form at or near acquisition and coexist with short-term behavioral memory. One trace forms with a delay after learning and coexists with intermediate-term behavioral memory. Two traces form many hours after acquisition and coexist with long-term behavioral memory.

In the May 10, 2012 issue of Neuron Jacob A. Barry, a graduate student in the Davis lab, and his colleagues, looked at the other side of the coin: the molecular biology of forgetting. The flies were put in situations where they learned that certain smells were associated with either a positive reinforcement like food or a negative one, such as a mild electric shock. The scientists then observed changes in the flies’ brains as they remembered or forgot the new information. The results showed that there is a small subset of dopaminergic neurons are involved in memory and forgetting. Dopamime is a neurotransmitter that is involved in reward, punishment, learning and cognition. So the next question you might ask is, how could the same neurotransmitter cause two opposite behaviors, both memory and forgetting?

Imagine a universal key, the one that the hotel maid uses to get into different rooms? Dopamine functions as such a universal key, and the locks  are the different dopamine receptors on the surface of the neuronal cells. In fact, there are two different receptors known as dDA1 and DAMB; dDA1 receptor is responsible for memory acquisition, while DAMB is required for forgetting. Dopamine first activates dDA1 and memory was being formed. But as stimulation continued, dopamine began activating DAMB, so that memory was “fading” before it was consolidated. Yin and Yang, like everything else in biology.

How would it work in humans

Obviously, mammalian brain is much more complex than that of an insect. So what are the equivalent structures in our brain where extinction of memory takes place?

Striatum; where we remember, and forget

Mammals have a brain structure called the ventral striatum. It forms an arc of neuronal bundles that sits between the amygdala (the emotional center), and the hippocampus (involved in memory formation and storage) on the one end, and the prefrontal cortex (the executive, decision-making center, which regulates and tamps down the emotional inputs from the amygdala). It gets inputs from both ends. Thus, the ventral striatum is functionally strongly associated with emotional and motivational aspects of behavior. So is it not that structural and functional disturbances of ventral striatal areas have been shown to be correlated with various forms of psychopathology, such as schizophrenia, addictive behavior, and most importantly for understanding ”forgetting”: obsessive-compulsive disorder (OCD). Why is that? Because a prominent feature observed in most OCD patients is repetitive avoidance behaviors to perceived threats. The persistent avoidance in OCD suggests a deficit in circuits that regulate fear extinction, or “de-remembering”, otherwise known as “forgetting”. A study reported in the Proceedings of the National Academy of Sciences the effect of deep brain stimulation, abbreviated as DBS, of the ventral striatum on OCD. In DBS, chronic high-frequency stimulation of specific sites reduces symptoms in medically intractable illness. DBS of the ventral striatum has been used to treat refractory obsessive-compulsive disorder (OCD) in the Europe and the United States. The persistent avoidance in OCD suggests a deficit in circuits that regulate fear extinction.

To investigate the impact of DBS on fear extinction, we administered 3 h of high-frequency stimulation of ventral striatum during extinction training in rats previously conditioned to freeze to tones paired with foot-shocks. And the result? “We found that DBS of the VS (the VC/VS molog in rats) during extinction training reduced fear expression and strengthened extinction memory”, state paper’s authors. In other words, mammals have a distinct anatomical structure dedicated to actively mediate forgetting.

The failure to forget

PTSD is probably the most devastating manifestation of the failure to forget. A soldier experiencing the horrors of war, a women being raped or subjected ot domestic violence, a child being continuously harassed a school -all these emotional experiences leave an indelible memory that keeps returning to haunt the victims years after the event. Are some people more susceptible to PTSD than others? Of course; not all soldiers who saw combat return home psychologically and neurologically damaged. This suggests that there may  a genetic influence on the susceptibility to developing PTSD.

A genetic study, published in PNAS, examined this question.The investigators first showed in non-traumatized European volunteers that the gene encoding for the enzyme PKCα, called PRKCA, is associated with the formation of strong memories. They also showed that genetic variability of this gene (PRKCA) was associated with memory capacity -including aversive memory -in the non-traumatized subjects. This finding was replicated in an independent sample of non-traumatizedsubjects, who additionally underwent functional magnetic resonance imaging (fMRI). fMRI analysis revealed that subjects with a variant of PRKCA associated with enhanced memory capacity showed  brain activation differences from subjects with a normal PRKCA gene during successful encoding of aversive information. Further, they identified found that this genetic variant was also related to traumatic memory and to the risk for PTSD in heavily traumatized survivors of the Rwandan genocide.

Taking these studies together, we are getting a fuller picture of the architecture of memory in the brain. Our memories are constantly being edited between remembering and forgetting. Some are consolidated into long-term memories, most of them are erased without a trace. This yin/yang process is generated by dopamine and two dopamine receptors -one mediating memory, the other forgetting. And the whole process is genetically controlled.  A gene variant generating an excessively strong memory capacity alters the delicate balance between memory and forgetting and increases the risk of PTSD.

What’s next? Will soldiers of the future undergo genetic analysis in addition to physical fitness tests before being assigned to combat units? Is therapy with specific drugs going to accompany behavioral therapy for rape and molestation victims? Probably, and that’s the bright side of this research. But it also carries the risk of memory-enhancing drugs that may upset the delicate balance between remembering and forgetting. Science has provided us with the knowledge; will we have the wisdom?