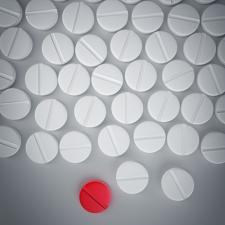 Can Aspirin Protect Against Cancer?

Cancer takes such a tremendous toll on the victims as well as loved ones. Billions of dollars are spent each year on research and medications in the battle against head and neck cancer. There are more than 600,000 new head and neck cancer diagnoses every ear. What if there was a simple remedy to ward off the development of this terrible disease?

Cancer takes such a tremendous toll on the victims as well as loved ones. Billions of dollars are spent each year on research and medications in the battle against head and neck cancer. There are more than 600,000 new head and neck cancer diagnoses every ear. What if there was a simple remedy to ward off the development of this terrible disease? Recent research has shown that non steroidal anti-inflammatory drugs (NSAIDs) can lower the risk of cancer. The researchers believe this is mainly achieved by reducing chronic inflammation, a driving force behind the development of many types of cancer.

Common NSAID’s include Aspirin, Ibuprofen (Advil, Motrin), and Naproxen (Aleve). The research detailed the mechanism of NSAID’s. NSAID’s have been shown to inhibit  production of the cyclooxygenase-2 (COX-2) enzyme. By disrupting this pathway, the growth of abnormal cells is slowed and promotes apoptosis (normal programmed cell death). This disruption can help stop the development of cancer. Further studies also show that NSAID’s can also decrease the proliferation of cells and slow the growth of blood vessels that supply blood to tumors. This means, that while taking these drugs, we decrease growth of cancer cells, and cause cells to die when they should. Cells should only live and reproduce for a set amount of time so that they don’t become abnormal. Taking these drugs also decreases the blood supply that cancer cells need to grow and reproduce.

The specific study examined over 120,000 cancer patients, including 316 with head and neck cancer. About 49% reported regular use of aspirin and about 29% used ibuprofen.

Earlier studies have also shown aspirin to give protection in the case of Barrett’s esophagus. This condition is precancerous and often leads to esophageal cancer. About 10,000 Americans are diagnosed with Barrett’s related esophageal cancer each year. This is the fastest rising type of cancer in the U.S. More than 80% of patients with invasive esophageal adenocarcinoma die within five years of diagnosis.

While more research is needed the positive link is there although people should not be fooled into thinking that taking aspirin counteracts the dangers of mouth cancer. The risk factors are still in play in terms of drinking, smoking, and exposure to the human papillomavirus (HPV). The aspirin will not counteract the risk factors.

While the jury is still out on the aspirin-cancer protection link and more research is needed, early reports are quite promising. It is amazing that aspirin still presents so many positive effects on us nearly 120 years since its discovery. The significance of these findings is, that many lives can be saved due to aspirin. Bottom line is, aspirin use is associated with a reduced risk of head and neck cancer. This effect is more pronounced in individuals with low  exposure to known cancer risk factors. Moderation in all things in life is the key to staying healthy for a long time.