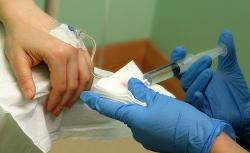 Cancer Immunotherapy: Combination Therapy May Be the “Way of the Future” First published on MedCityNews.com. Efforts to overcome the unusual ability of cancer cells to dodge the body’s immune response have reached an inflection point this year.

First published on MedCityNews.com. Efforts to overcome the unusual ability of cancer cells to dodge the body’s immune response have reached an inflection point this year. And, at least according to some experts, commercial interest in cancer immunotherapies has gone through the roof.

“If you had asked most Big Pharmas in the beginning of 2013 if they were interested in immunotherapy, they would have said ‘not necessary, we’re (more) in small molecules,’” explained Marc Mansour, chief operating officer of Canadian vaccine developer Immunovaccine, in an interview last month.

But by the end of the American Society of Clinical Oncology’s annual conference this summer, the sentiment had shifted. Both Bristol-Myers Squibb and Merck presented solid early-stage data on their respective PD-1 inhibitors that added to excitement that’s been building over the past several years around immunotherapy.

Since then, AstraZeneca, for one, has added to its cancer portfolio of small molecule drugs and biologics with a $500 million buyout of Amplimmune in August. Bayer also signed an agreement with Compugen to research, develop and commercialize immunotherapies. Then there’s Roche, which signed deals with Inovio Pharmaceuticals and Germany’s immatics.

Both Bristol-Myers Squibb and Merck’s candidates are PD-1 inhibitors, which fall under an especially promising class of drugs being called immune checkpoint inhibitors.

“At least five or six pharmaceutical companies are conducting clinical trials on checkpoint inhibitors, and I think that we’re going to see approvals probably in the next year or two,” said Dr. James Gulley, director of medical oncology services at the National Cancer Institute’s Center for Cancer Research.

Bristol-Myers Squibb’s Yervoy, FDA approved in 2011 for treatment of melanoma, was the first checkpoint inhibitor on the market. A second generation of drugs in this area seem to be better tolerated but induce just as much immune activity, he said.

The real potential, though, lies in the ability of these inhibitors to be combined with other kinds of drugs, like vaccines. Gulley explained that vaccines – like the ones being developed my Immunovaccine, Merck, GSK and others – would act as the “gas” and the “steering” that would turn on the immune system and set its aim to fight cancerous cells. Then the checkpoint inhibitors would disable the “brake” – the body’s tendency to turn off the immune response once it’s killed the infected cells.

“Combination therapy is the way of the future,” Immunovaccine’s Mansour reiterated. For an upcoming phase 2 clinical trial in brain cancer, the company is pairing its vaccine candidate with temozolomide, an immune modulator that’s the standard therapy for newly diagnosed gliobastoma patients after surgery and radiation.

“But, it can’t be a $100K therapy on top of another $100K therapy,” he added. That’s one of the big industry takeaways from Dendreon’s Provenge, the first immunotherapy to be approved by the FDA back in 2010. The therapy, which requires a patient’s immune cells to be sent to a lab where they’re reprogrammed to attack cancer cells, and then sent back and injected back into the patient, has been met with weak sales that have forced the drugmaker to restructure.

“That’s not sustainable,” Mansour summed up. “We have to push to find therapies that work, and you have to think about it as a therapy rather than a compound.”