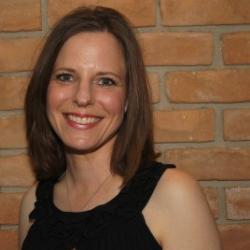 Most rare disease patients spend a good portion of their lives coping with a condition that is either undiagnosed or misdiagnosed. Some of them die of a disease that has yet to be named. Heather Long’s son, Cal, was one of them. After years of searching for answers, she lost her son at the age of 5 to a disease that had never been diagnosed.

Most rare disease patients spend a good portion of their lives coping with a condition that is either undiagnosed or misdiagnosed. Some of them die of a disease that has yet to be named. Heather Long’s son, Cal, was one of them. After years of searching for answers, she lost her son at the age of 5 to a disease that had never been diagnosed. Since then, she has made it her life’s work to help others caught in this heartbreaking situation.

In 2008, Heather Long founded an organization called U. R. Our Hope, with Mary Elizabeth Parker, PT, PhD, PCS, NCS, a healthcare professional and professor at Texas State University. It is 1 of the few organizations that support undiagnosed patients. In Need of Diagnosis and Syndromes Without a Name also help undiagnosed patients, but U.R. Our Hope is the only 1 that supports both children and adults.

Help for the Undiagnosed
U. R. Our Hope helps caregivers and patients navigate the health system and find appropriate physicians. They also provide assistance with hospital and travel expenses, and offer a once-a-month family support group. Heather Long’s specialty is legislative advocacy.

One of the biggest challenges undiagnosed patients face is that they don’t fit neatly into any category or specialty. As far as medical records go, they are known only by their signs and symptoms. What this means, all too often, is that there is no one to advocate for them.

“You are left to sail without any one’s help,” Long says. “Physicians don’t know what to do with you. You’re not on anyone’s radar because they don’t know what you have. If I took my son to the ER they would ask, ‘What does he have?’ All I could say was that he was undiagnosed.”

Sometimes people are suffering from a syndrome that has never been described. But more often, undiagnosed patients have an identified syndrome that is so rare that few doctors would recognize it. Data from the National Institutes of Health (NIH), Office of Rare Disease Research has shown that there are around 500 diseases common enough to be in any physician’s repertoire for diagnosis, while another 6,500 are known but are exceptionally rare.

A recently published Rare Disease Impact Report revealed that it takes an average of 7+ years for a patient in the United States to be diagnosed with a rare disease. Some, like Heather Long’s son, die before a diagnosis can be found. Unfortunately, until a patient receives a diagnosis, invaluable information about their condition remains lost amongst numerous physician files. Furthermore, these individuals are barred from receiving appropriate, timely treatments as well as other benefits of having a diagnosis.

Legislation to Create a Physician’s Network
Heather Long believes that far more cases would be diagnosed if there was a better system of communication in place. She is hoping to create a national professional network for physicians to register their undiagnosed case and find colleagues handling similar cases so they can collaborate on the diagnosis and improve outcomes. She is trying to interest legislators in a bill that would require the National Institutes of Health to create an undiagnosed research and collaboration network.

“The intent is to combine the elements of a patient registry with a professional and social networking site. The network would allow physician with an undiagnosed case to register a case and perform a match against others in the system so they can find other physicians with cases that are similar. It would show the handling physician’s contact information so they can find each other and start talking to each other. It’s sort of a love connection for physicians with undiagnosed patients.”

“I started this project in 2008. The Office of Rare Disease Research said it sounds like a good idea, but you’re going to have to get it appropriated through congress. They need funding and need a congressional order to do it.”

She calls the project, “CAL Undiagnosed Diseases Research and Collaboration Network Act” in memory of her son, who might have been helped by it. “My physician was a wonderful guy. He worked so hard with us and was just as frustrated as we were that we couldn’t find answers for Cal. He would have liked to refer to someone but didn’t know who to refer to. He supported the idea of the network.”

The bill was proposed earlier this year and is still in the house subcommittee on health. “One of the problems is we don’t have a lot of co-sponsors for the bill. You need enough members of congress to make sure it moves. Representative Carter has sent letters to members of congress and sent out an action alert to get people to call in and co-sponsor. But if we don’t get a certain number of constituents to call their representatives and ask them to sponsor this bill, it won’t move forward.”

“I’m very optimistic that it’s going to get better. Undiagnosed diseases are like the ‘unsub’ on Criminal Minds, killing all those people, even though no one knows who is doing it. We just need a good team of people to figure it out and give it a name or a face.”