I have often thought about the moral inconsistency of pharmacies trying to be seen as healthcare outlets and “members of your healthcare team” while at the same time promoting and making high profits from something so unhealthy as cigarettes.  I am not advocating that cigarettes should be banned, maybe they should be but that conversation is for another day, what I am commenting on is the end of this moral and ethical inconsistency.

The struggle between the lonely pharmacist in the back of the store, living behind a counter and a window, buried in paper and pills, vs. the front-store manager working on foot traffic, positioning anything from cosmetics, to candy, to cigarettes, has been a long and arduous one.  I know pharmacists who have been disgusted by what and how is sold in the front, but they can’t really do anything because those sales and profits – supposedly – help fund the positive health products and services. 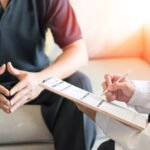 CVS stated that this decision could cost them up to $2 billion, not an insignificant amount.  However, hard decisions are hard exactly because of the tradeoffs and, in this case, they made the right one and should be congratulated.  Perhaps more poeple will shop at CVS stores as a result of this new stronger and clearer position and will make up for those losses.

So what could or should be next?

(no more cigarettes for CVS / shutterstock)