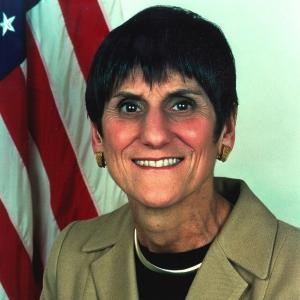 I have received many press releases, but don’t post on the vast majority. But the one below, from Congresswoman Rosa DeLauro on her comments at the first Labor-HHS-Education Appropriations Subcommittee Hearing Of 2014, is different. It is different because I’ve been attending to emergency preparedness most of my career and most recently have been involved in the HPP program in three counties along the central coast of California. So, I share the Congresswoman’s comments here in their entirety.

I have received many press releases, but don’t post on the vast majority. But the one below, from Congresswoman Rosa DeLauro on her comments at the first Labor-HHS-Education Appropriations Subcommittee Hearing Of 2014, is different. It is different because I’ve been attending to emergency preparedness most of my career and most recently have been involved in the HPP program in three counties along the central coast of California. So, I share the Congresswoman’s comments here in their entirety. WASHINGTON, DC–Congresswoman Rosa DeLauro (D-CT), senior Democrat on the Labor, Health and Human Services, and Education Appropriations Subcommittee, made the following opening statement at the subcommittee’s hearing today. The hearing focused on the future of public health emergency preparedness.

“Today, this subcommittee is evaluating our efforts to become better prepared to deal with outbreaks of deadly diseases, particularly through development of new and better drugs and vaccines. Many of the efforts we will hear about today are aimed at limiting the harm from deliberate biological or chemical attacks, such as the spread of anthrax here in Washington twelve years ago. These programs were begun or greatly expanded in the last 10 or 12 years, in response to growing recognition of serious gaps in our public health preparedness.

“There have been some successes. Take flu for example. There was a time in the last decade when we were down to just one manufacturer of flu vaccine in the United States, with only limited capacity to scale up production to respond to an epidemic. Today, we now have a much-improved production capacity for the flu vaccine.

“That being said, I think there are serious questions as to whether the vast resources that are dedicated to these programs are being spent in the most efficient manner to protect the public health. For example, we find ourselves 10 years into the BioShield program, having spent a whopping $3.1 billion, and we have to look at what have to show for that.

“Certainly an improved stockpile to deal with anthrax and smallpox. Yet there is clearly a much wider spectrum of threats that confront us. We also need to be much better prepared to deal with emerging threats that occur naturally. Threats like the spread of novel diseases like SARS, the emergence of microbes that have become resistant to the drugs used against them, and both pandemic flu and ever-changing seasonal flu viruses.

“I realize that BARDA has produced a broader range of products that are still in the development pipeline, but when these efforts were launched a decade ago, we expected to be further along by now. So I think our track record in developing medical countermeasures is decidedly mixed. Just as important, we need to recognize that public health preparedness involves much more than simply developing and stockpiling drugs and vaccines.

“We also need enough well-trained epidemiologists and other health professionals to identify, investigate and track disease outbreaks.  We need enough laboratory capacity to analyze large volumes of samples and determine what pathogens are involved.  We need effective plans and enough supplies and personnel to efficiently distribute and dispense vaccines and treatments.    We need the surge capacity in our hospitals and other facilities to take care of large numbers of seriously ill patients.

“All of this work needs to be done through partnerships between federal agencies like CDC, state and local health departments, and the medical and first responder communities.  Unfortunately we have spent the past 5 to 10 years cutting federal support for these critical state and local preparedness activities. Adjusted for inflation, CDC funding to state and local health agencies has declined by nearly 50 percent in the past 10 years.

“Similarly, the Hospital Preparedness Program, which provides grants to states to improve the preparedness and resiliency of their healthcare systems, has declined by about 60 percent These cuts are causing state and local health departments to eliminate staff, they cut training exercises, and forego critical medical equipment and technology.

“Addressing all these needs has become a real challenge for our subcommittee, in light of the tight budget limits that are being imposed.   Much of the PHEMCE enterprise is really a new cost to this subcommittee that has to be fit within our constrained allocations.   Until this year, all of Project BioShield and most of BARDA had been supported from a ten-year advance appropriation made back in 2004 in the Homeland Security Bill. Much of the pandemic flu preparedness activity has been supported through balances of emergency supplemental appropriations made in 2006 and 2009.

“However, now, those funds are either expired or almost depleted, and this subcommittee had to start covering the costs—$800 million in FY 2014—through annual appropriations. Without a different scale of allocation for this subcommittee we had to take on the $800 million and that had to come from someplace. And it came from other areas.

“These needs are all important and these investments provide tangible returns for the public.  The subcommittee will do the best it can to take care of them.  But as long as this subcommittee’s totals continue to be so tightly constrained, it will be extraordinarily difficult to provide adequate support to these countermeasure programs and adequately take care of our many other public health priorities.

“I’ll just give you one: the NIH, which only saw roughly 58% of its sequestration cuts restored in its 2014 budget, that provide so much of the basic scientific support for these efforts, as well as the other pieces at CDC and elsewhere necessary for public health preparedness will suffer.

“In short, there are real and potentially grave consequences to the budget decisions we are making.  Weaker defenses against infectious diseases and slower progress in advancing medical science generally may well be one of those consequences. So today, I look forward to a discussion of both the current status of the PHEMCE programs and the challenges that we face ahead. Thank you again for joining us today and I look forward to your testimony.