There are over 750,000 practicing doctors in the United States – but only around 15 percent of these doctors belong to the American Medical Association (AMA). State, local, and regional medical associations have similarly low membership rates. Why are so few physicians interested in becoming part of a collective? Are these associations really worth joining? Why the Gap? There are a few reasons why organizations like the AMA are unappealing to some individual practitioners. Part of it has to do with asserting a kind of independence. Groucho Marx famously said, “I refuse to join any club that would have me as a member.” Sure, some physicians prefer to go solo. But let’s dig a little further. Physicians who oppose the AMA in particular cite ideological discrepancies. Historically, the organization has been both socially and fiscally conservative, opposing national health insurance and resisting Medicare up through 1966. As a result, progressive physicians were loath to affiliate themselves with the AMA. Much later down the line, however, when the organization became a vocal supporter of the Affordable Care Act, a core segment of its supporters fell off the bandwagon – especially in the conservative South. There’s Strength in Numbers Whatever your personal political beliefs may be, there’s no denying that the AMA and similar medical associations and organizations play an important role in developing major healthcare policies and norms. For example, by working with the Centers for Disease Control and Prevention, the AMA has managed to enact major changes and updates to accepted medical norms, ultimately protecting the wellbeing of American medical professionals and their patients. The AMA and other such organizations focus on the best interests of both patients and medical providers – which is why it’s such an effective avenue for change. Without the advocacy of the AMA and other medical associations, for example, regulations for compliance with newer ICD-10 medical coding practices may have been implemented before most physicians and practices had the necessary technology and training to meet standards. Smaller organizations – especially county and state medical associations – can also be great venues for mobilizing change within the industry. You’ll likely find a ready and willing audience in a local medical society, which means individual doctors can put in requests and expect to be met with discussion and, eventually, action. Many associations function similarly to labor unions, in that individuals represent and can affect the functioning of the whole, but the whole has your best interests at heart and will advocate for you. This is especially critical when dealing with entities that can cause issues – like a local insurance company, for instance, that turns a deaf ear to patients’ claims or frequently underpays on what they initially promised. While individual doctors may not be able to sway these companies’ practices, an established group of professionals will have a much better chance of implementing change. Choosing a Medical Association According to Dr. Randall Harrell, MD, FACS of Tampa Plastic Surgery, it’s a good idea to join generalized groups like the AMA, regional groups like the Southern Medical Associations, and specialty-based groups like the American Society of Plastic Surgery – all of which count Dr. Harrell as a member. There are a few reasons for engaging in such a variety of organizations. As evidenced above, joining an association gives physicians the opportunity to speak their minds – but it’s also a great way for doctors to connect with each other. According to a sociologist from the University of Texas, connecting with others teaches us that our own self-interest is tied to the interests of many. With this lesson comes the humbling and necessary conception of our responsibilities as citizens. Networking with individuals from your medical specialty, as with any plastic surgeon who joins the American Society of Plastic Surgery, helps individual practitioners define their identities and figure out what sets them apart from the rest. Final Thoughts: Is It Worth the Dues? As a physician, you’re the only one who can decide whether or not you want to join a medical association. The benefits are many, including access to tons of resources and information as well as opportunities for career advancement and professional networking. For many doctors, the best part of being involved in such an organization is forging lifelong relationships with other doctors. Member dues are paramount to keeping these associations staffed and running smoothly, supporting lobbying efforts, and publishing current peer-reviewed research. Ask any member who takes advantage of these perks, and you’ll certainly hear that the benefits are worth the dues. 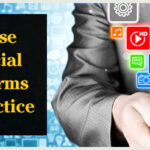