Tourniquet, pressure and sutures have been used for controlling excessive bleeding during surgical procedures for many hundreds of years. Fibrin sealants represented a revolution in local hemostatic measures for both bleeding and nonbleeding disorders. Fibrin sealant has the potential to provide life-saving control of excessive bleeding in many critical surgical operations and during a number of elective procedures. The terms “sealant” and “glue” are frequently used interchangeably in the surgical context, but there is actually a difference in adhesive strength between sealants, pioneered by fibrin products (sometimes homemade) and the later, stronger glues of which cyanoacrylate-based products are the most common.

In order for a sealant to be effective, the product should meet several parameters, depending upon the application. Among these are:

Fibrin and other sealant products have been approved and used outside the United States for many years and their use has created strong awareness of their surgical and economic benefits in Europe, Latin America and Asia. As a result, many such products have been marketed in these regions for 20 years or more, and have been developed for a variety of surgical uses. In the U.S., these products were initially approved as hemostatic adjuncts to suturing. They are increasingly being used for sealing of tissues, but their use beyond simple hemostasis (i.e., as sealants and low-strength glues) lags that of markets outside the U.S.

Despite the development of novel sutures (e.g., resorbable), endoscopically applied clips and other innovations, fibrin sealants will remain a versatile option available to surgeons to achieve hemostasis and sealing of wounds (alone or adjunctively with sutures/staples). Their clinical track record, biocompatibility and ready availability match high demand. Their limitation in adhesive strength, however, does put some limit on their sales potential, since significant demand exists for tight sealing and strong bonding of tissues under stress, such as in lung and bowel resections, cardiovascular and other anastomoses and adhesion of muscle, that go beyond what fibrin sealants can achieve. For this reason, other naturally-occuring “bioglues” are under development that will achieve tighter tissue bonds than fibrin sealants, but without the toxic effects of cyanoacrylates (“superglues”).

There are more than 30 companies worldwide developing fibrin sealants and driving a market that will exceed $2.2 billion by 2017. 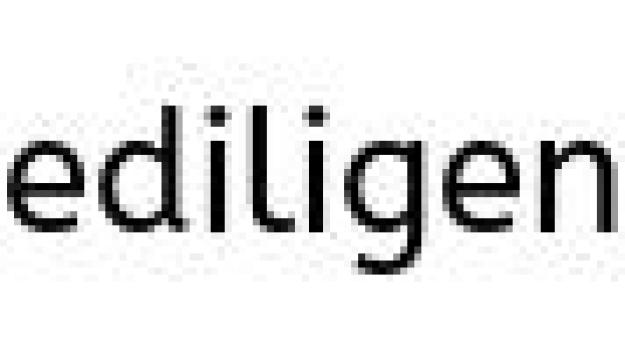 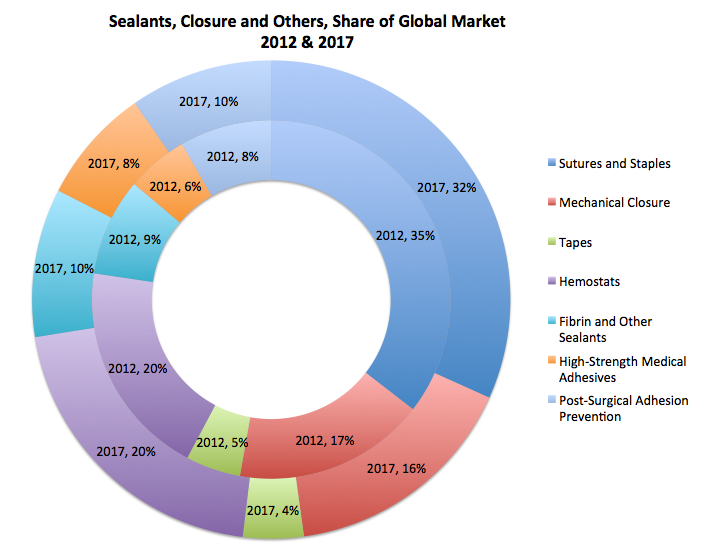 Sales of Sealants, Hemostasis, Other Closure a 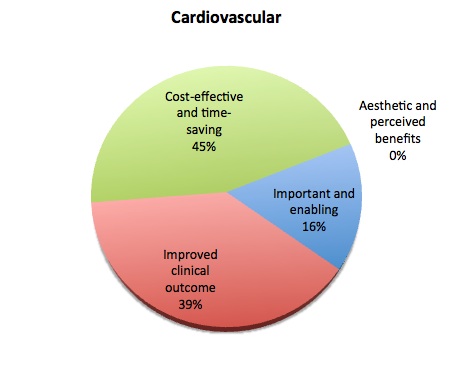 Products for the advanced securement of wounds — stopping bleeding, sealing the wound, tightly 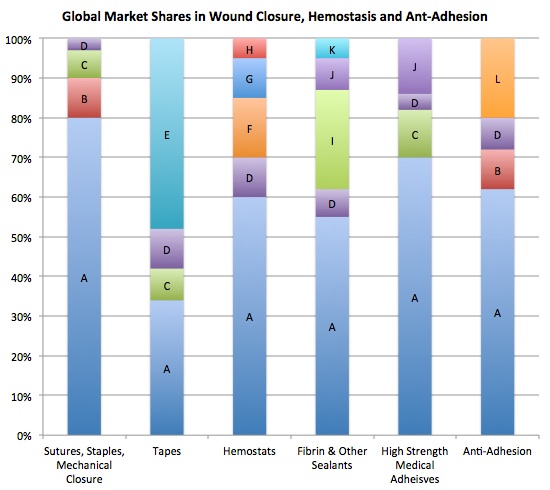 The global market for products in “wound securement,” or the aggregate of products that