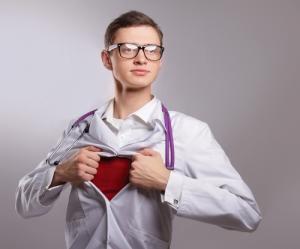 Superman has two sides. When he puts on his cape, he has the ability “to leap tall buildings in a single bound.” As mild mannered Clark Kent, he goes about his daily duties as a reporter for the local Daily Planet newspaper. Patients with rare diseases and the families that care for them have two sides too.

Superman has two sides. When he puts on his cape, he has the ability “to leap tall buildings in a single bound.” As mild mannered Clark Kent, he goes about his daily duties as a reporter for the local Daily Planet newspaper. Patients with rare diseases and the families that care for them have two sides too.

Many of these patients represent the pinnacle of patient empowerment. At extrovertic, we’ve termed them superheroes. These superheroes do amazing things to make progress against treating the untreatable. What they get accomplished is astonishing: rustling up government funding, starting foundations and drumming up press. However, a rare disease superhero has a Clark Kent side, dealing with the Sisyphean task of struggling day to day with the realities of their disease.  It is the Clark Kent side of the story that Mary-Lou Weisman tells in her memoir “Intensive Care, A Family Love Story.”

The book chronicles the Weisman’s experiences caring for their younger son, Peter, who has Duchenne Muscular Dystrophy (DMD). DMD is a neuromuscular disease, afflicting primarily boys, where the muscles throughout the body get progressively weaker. Young men with the disease are often wheelchair bound by 12 and only live into their 20’s.

What makes the book special is its unabashedly unsentimental look at living with a child with a devastating illness. The reader feels both the difficulty and the honor of doling out unconditional love on a 24/7 basis. But the book tells the story with a smile, as Weisman is a humorist. In fact, it is this “humor gene” that Peter has inherited from his mother that defines him more than his disease. And so the unimaginable difficulties of their daily lives don’t hit you over the head, but instead get under your skin.

In one California beach scene, Peter has begged his brother and friends to bury him up to his neck in the sand. Once there, he panics and screams, telling his mother afterward, “It was awful not to be able to move.” Weisman uses a highly relatable way to underscore the utter helplessness that immobility inflicts on a young boy programmed to be in constant motion. And chilling too, because the reader knows that ultimately, Peter will be unable to even turn over on his side by himself in bed.

What I liked about the book was the way it recounts both how our superhero parents rise to the occasion and when they don’t. Mary Lou is cranky about getting up in the middle of the night to help her son. Her husband buries himself in his work to avoid becoming too attached. In real-life superheroes can’t always summon up their powers like Superman.

At the end of the day all the Weisman’s want is to be is a “normal” family, not defined by the limitations of disease. So if I have a take-away about what marketers can do to help the Clark Kent side of the rare disease world, it is this; make it easier to both experience a “normal” life and to turn on those superhero powers.

There is great work being done by the special camps that give kids and their families a “normal” summer experience. What else can be done? Foundations run by individual families are springing up like mushrooms. But not everyone has the resources or energy to start something new. What about creating a less resource intensive way for people to flex their superhero powers? Ultimately, dealing with a rare disease is a two-sided story, involving both the mundane and the marvelous.

Special thanks to Pat Furlong, President of the Parent Project Muscular Dystrophy, who provided this book to help me understand the experience of families dealing with catastrophic illnesses. 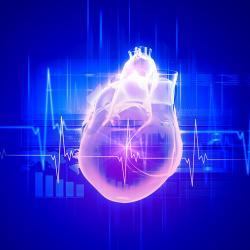