The Skinny on TJC Accreditation

Since its rebranding in 2007 to simply The Joint Commission (formerly “Joint Commission on Accreditation of Healthcare Organizations or “JCAHO”) the way that TJC surveys hospitals has evolved from its original process, which was originally put into place in the 1950s.

Since its rebranding in 2007 to simply The Joint Commission (formerly “Joint Commission on Accreditation of Healthcare Organizations or “JCAHO”) the way that TJC surveys hospitals has evolved from its original process, which was originally put into place in the 1950s.

Traditionally, TJC surveys hospitals every three years for TJC accreditation (laboratories are on two-year accreditation cycles). While the information garnered from the surveys is relatively comprehensive, most of it is “need to know” in terms of public consumption – the gritty details are left up to the hospital to decide if or how much they want to share with the public.

Generally speaking, TJC’s surveys are “unannounced” – meaning they drop in on healthcare organizations sometime on a sliding scale of perhaps six months wherein they would be due to have their next survey. The idea, of course, is that if they “drop by” without giving too much notice, they will be most likely to capture trouble spots that would have, perhaps, otherwise been carefully swept under the rug. Prior to the mid-2000s, TJC’s survey date was known in advance and it made it entirely too easy for hospitals to be disingenuous. Therefore, as many as 99% of surveyed hospitals were gaining accreditation – and perhaps for good reason, that seemed like a suspicious number. With the surveys nowadays being more or less within an expected time frame, but the exact date unknown, hospitals are giving a reasonable amount of time to intensify their awareness of the impending survey while still having time to actually undertake necessary improvements – instead of just covering them up long enough to get through the survey.

It might seem counterintuitive for hospitals to play cover up when the accrediting body comes to review, but accreditation is so closely linked with payment from Medicare and Medicaid that in order to survive, most hospitals can’t risk not being accredited. The heavy focus on the financial bottom line detracts from honesty about procedures and policies – which shifts the focus away from patient care and, perhaps even more important, patient safety.

A lot of effort needs to be put in to prepare a healthcare organization for review. It’s stressful for everyone involved and in the aftermath of reviews, when the hard data is reviewed, the validity of the accrediting structure is sometimes brought into question. It’s difficult to establish set criteria for marking progress toward objectives when organizations are, for the most part, at different points in the progress. Failing to take this into consideration can greatly skew the results – taking the progress of an individual healthcare organization within the context of the life of the organization and any changes in leadership is important when it comes to looking at large pools of data. 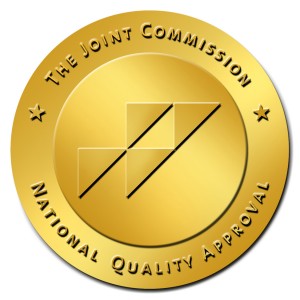 Your 2015 Checklist for The Joint Commission