Gamification–You Have Won and Now We Know All About You

This is a good article and if you like privacy well worth the read here to find out what goes on behind the scenes with data mining and giving out all kinds of information about yourself to those that mine and sell data.  This article in the New York Times kind of reiterates what I talk about here from time to time.  Now we know what the health insurance companies have “games”.  I have said it before and it comes from a higher resource than me now.  Here’s a couple examples and again I don’t know how popular they are since I don’t do games and don’t use coupons.

This is a good article and if you like privacy well worth the read here to find out what goes on behind the scenes with data mining and giving out all kinds of information about yourself to those that mine and sell data.  This article in the New York Times kind of reiterates what I talk about here from time to time.  Now we know what the health insurance companies have “games”.  I have said it before and it comes from a higher resource than me now.  Here’s a couple examples and again I don’t know how popular they are since I don’t do games and don’t use coupons.

Health Insurer Humana Introduces a New Game Called FamScape–Making It Fun to Get And Maybe Mine Your Data?

The article further discusses how it used to require a bigger pay back to get folks enticed to play but not any more, egos and being #1 on on social jag is all it takes:)  Who wins?  I think you can figure that out when it comes to the data and what you gave away, but they have the ultimate at the other end, “the data’”.  So did you win or lose?  Healthcare is not alone though as the financial area has some games out there too where you can be a virtual investor and there’s a pretty good chance they have some data to sell.  This is big business as even the retail chain Walgreens said their data selling

business is worth just under $800 million and that was last year so maybe it’s growing?  So what’s in a reward today?  Actually the use of data for sale with high frequency traders and Hedge Funds is growing at a rate faster than Facebook

High Frequency Traders Using Social Networks and Growing Rapidly With Algorithms That Find, Sort and Leverage-Growing At A Rate Faster Than Facebook

A new type of analytics the article says…I would agree with that comment and it makes billions for Corporate USA from “free data” that you contribute.  Along that topic there’s also the free data gained from mining state government servers and it has gotten so bad that some states have added software to block the bots.  In North Carolina they threw out CoreLogic and revoked their license to mine and some of these folks that mine are too cheap to pay a few hundred dollars every quarter to update information.  Do wonder why it is so hard at times to get something that is

erroneous off your record?  That’s the story on that end.

Once again this brings me back around to my case of the “Killer Algorithms” that are out there and how they suck you in one way or another and then some work against you later.  If you want to dig deeper on how you get sucked in, the link below has a great video that will explain a lot of this and how it is designed to do just that, suck you in.

So in essence just one more set of crafted algorithms that get you to participate for nothing and your data gets sold.  I would think many would be tired of this by now but until the education as to what happens on the other side sinks in I suppose it will thrive.  How do you stop it, answer is you don’t as it’s almost impossible but what I think we should do is license and tax those folks that do this and require a disclosure site so anyone wanting to “play the game” knows what happens on the back side and call it the Alternative Millionaire’s Tax as that’s who would be getting taxed, companies making millions for zero output and take free taxpayer data and make billions off consumer’s backs while they entertain themselves with these very crafty algorithms online. The Alternative Millionaire’s Tax–License and Tax Big Corporations Who Mine and Sell Taxpayer Data They Get for Free From the Internet-Phase One to Restore Middle Class With Transparency, Disclosure and Money

We don’t know or have a clue as to exactly what is collected and how much the value is on the data, but the billions made sure makes a huge statement and you know we are all still stuck paying federal excise taxes on tires we need for our cars, so this doesn’t make a bit of sense to me.

This leads me to one final link here and actually it is post I made back in August of 2009, “Do we need a department of algorithms” or something along that line?  I made the post about the time the Madoff case hit the news…SEC certainly needs some new efficient algorithms as it looked like the Facebook IPO filing shut down their site this week too, so see the power that big corporate USA has with their data and algorithms in knowing how to game you and the system?  There was also a comment in the Times article too about how we are headed for a real backlash with all of this and in my opinion the sooner the better as that will indicate a much smarter consumer crowd out there.   BD

“Department of Algorithms – Do We Need One of These to Regulate Upcoming Laws?

FOR the last few weeks, Kenneth Brown has reigned over Samsung Nation, an online loyalty program that offers virtual rewards to consumers who talk up Samsung, the electronics giant.

In the three months since the program was introduced, Mr. Brown, owner of Atlantic Detail Service, a steel detailing business in Athol, Mass., has racked up more than 4.5 million points, often placing him atop the site’s leader board.

Along the way, he has earned a virtual “Twitterati” badge — a turquoise circle — for posting dozens of links to

Samsung.com on his Twitter account. He’s nabbed a virtual “Connoisseur” award for his frequent comments on the Samsung site. And, while newcomers who register for the program might attain mere “Novice” status, Mr. Brown has joined the ranks of the elite “Cognoscenti” by answering many questions from site users.

Ian Bogost, a professor of digital media at the Georgia Institute of Technology, for example, refers to the programs as “exploitationware.” Consumers might be less eager to sign up, he argues, if they understood that some programs have less in common with real games than with, say, spyware.

“Why not call it a new kind of analytics?” says Professor Bogost, a founding partner at Persuasive Games, a firm that designs video games for education and activism. “Companies could say, ‘Well, we are offering you a new program in which we watch your every move and make decisions about our advertising based on the things we see you do.’ ”

“There is probably a backlash coming,” Ms. Robertson says. Pretty soon, she predicts, companies may differentiate themselves with anti-gamification promotions like “No points. No annoying missions. Just clean services.” 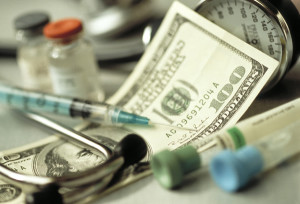 How Are You Using Physician Data Mining?

Drug reps come to our office fairly regularly, but not as often as