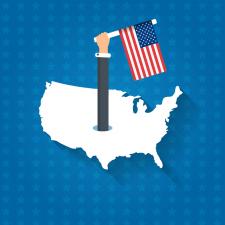 Giving Power to the States, But at Whose Expense? Like any good conservative proposal, the Burr-Hatch-Upton plan to replace the ACA puts an emphasis on devolving decisionmaking from the federal government to the states.

Like any good conservative proposal, the Burr-Hatch-Upton plan to replace the ACA puts an emphasis on devolving decisionmaking from the federal government to the states. As the proposal says: “States have a key role to play in expanding access to coverage and helping to lower costs.” I think this is a good place to remind everyone that the ACA established health insurance exchanges and the (now optional) Medicaid expansion at the state level. So, what does the GOP plan do differently? Well, for starters, I think it does more to harm individual liberty than the ACA.

Under the ACA, people have been understandably upset that they are being “forced” to buy health insurance coverage or pay a tax penalty. While it is true that many people would prefer not to pay a penalty or buy insurance, they should realize that they still have some choice in the matter. For example, they can choose to buy insurance OR pay a penalty. Then, if they choose to buy insurance they can choose which plan to purchase. By stark contrast, the GOP proposal would initially take away that choice. Specifically, the plan states:

“In the case of individuals who have a health tax credit, but who fail to make an affirmative choice in choosing a plan within a specified timeframe, states would be allowed to utilize default enrollment. In this case, states which choose to do so would be given the authority to designate several insurance plans as default options to which individuals who do not proactively choose a plan could be randomly assigned.”

Basically, they’re saying that if you don’t take action to get covered, and you qualify for a health tax credit, the state can randomly put you into a plan against your will. Realizing that this may be an unpopular position, the proposal then clarifies that if you don’t like the plan you’ve been assigned to, you can take action to switch to a different plan or opt-out of coverage altogether. But without at some point making an affirmative choice regarding health insurance, the GOP plan moves us from a world where you don’t get coverage and pay a tax penalty, to a world where your tax credit is used to help purchase coverage for you that you did not select and might not want. Is that really any better?

The proposal also suggests that we go back to segregating people with serious health conditions through an increased reliance on state high-risk pools. These high-risk pools were once the only way for those with extremely costly illnesses to get coverage. However, under the ACA, the requirement for insurers to offer anyone coverage without regard for pre-existing conditions has solved that problem. Now everyone can enter the risk pool and the costs are spread among a much larger group of people. On the whole, that’s a good thing, but the GOP proposal takes exception to the fact that this approach raises costs for the younger and healthier individuals in the risk pool. Instead, they want to identify those seriously ill people who are driving up costs for everyone else, remove them from the general risk pool, and restrict them to a state high-risk pool, where their costs will increase substantially. That’s seen as okay, because, after all, they’re the ones who are sick. Why should everyone else have to pay for them? To which I would respond: Because that’s precisely the way insurance was designed to work.

Finally, the proposal “would give consumers the ability to shop for health plans across state lines while protecting the primacy of states regulating health insurance products.” This one’s more confusing than it seems. On the one hand, I like the idea of opening up the option of purchasing health insurance across state lines. After all, that means more competition, and more competition means lower prices, right? The trouble is that many people are already overwhelmed by the insurance options in their state alone. Imagine their consternation when their choices get multiplied by 50. The likely result is that they will decide even more on the basis of the monthly premium price, but that can have disastrous consequences when they learn that, say, they live in Alabama and all of their in-network providers are in California. It’s also more troubling for the insurance companies. Underwriting within one state is no easy task, but if you’re suddenly in a world where your actuaries have to figure out how many and what kinds of people from across the country will be enrolling in your plan, it can get complicated. This may result in some bet hedging by the actuaries that actually raises–rather than lowers–the price of an interstate policy.

So, there you have it. More power to the states, but at the expense of the people.