How to Engage Physicians with the New ACO Benefits

Doctors and ACO Benefits, “What’s in it for me?”

While the myriad ways in which ACOs benefit patients and healthcare organizations have been heavily touted over the last several years, many doctors find themselves asking “Yeah – well, what’s in it for me?”

Doctors and ACO Benefits, “What’s in it for me?”

While the myriad ways in which ACOs benefit patients and healthcare organizations have been heavily touted over the last several years, many doctors find themselves asking “Yeah – well, what’s in it for me?” 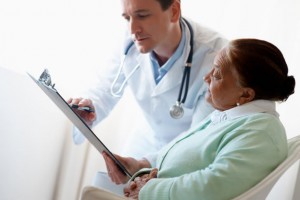 Are ACOs More Work Than They’re Worth?

For a lot of physicians, particularly those who have one foot in clinical and one in administrative, ACOs may seem like more work than they’re going to be worth. Since it’s still early yet to see how the ACO benefits will improve the country’s healthcare longitudinal, all we’ve got to go on are preliminary studies and anecdotes. Much of which may be encouraging on the patient front, but leaves a bit to be desired for medical staff.

For providers, it might seem like all an ACO is going to bring to their practice is financial risk; after all, it’s kind of the point of accountable care to make physicians more responsible than ever before. Understandably, many providers may be feeling hesitant to adopt a change to how they are practicing that involves their having to shoulder more financial risk. Particularly when you consider that many physicians who are treating complex patients may never be able to wriggle out from under the burden of frequent readmissions.

Quite simply, they may be feeling that they would be hard pressed to justify caring for such complex patients, knowing they have been tasked with providing high quality care for lower cost. The truth of the matter is, there are some patients who will always have to be the exception — and for some physicians, particularly specialists or rural hospitals — there may be a lot more exceptions to the rule than not, rendering the ACO benefits hazy at best.

One way that healthcare organizations can attempt to entice physicians to hop on the proverbial ACO bandwagon is to prove that ACOs have a positive impact on their clinical workflows. It’s no secret that physicians have been balking at the pressure to suss out patient’s payment abilities in the midst of treating them — and why shouldn’t they?

Nothing interrupts bedside manner by asking a patient, “So, how will you be paying for my services?” when they’re scared, in pain or gravely ill. While technology has aided in this process somewhat, the truth is that a patient’s financial information has become as much of a be it end all as their health information. In fact, it’s practically considered to be their health information. Questions about insurance carriers are asked in the same breath as where a patient hurts; and many of them might be apt to answer with, “my wallet.”

Doctors aren’t exactly thrilled to have to talk shop in this way with patients, and no doubt it detracts from their clinical tasks. Trying to determine the cause of a patient’s ills while simultaneously factoring in whether or not they can pay for this test or that procedure is not a favorite aspect of any physician workflow. But unfortunately, it’s become rather a necessary one.

Enter the ACO. Since physicians working with ACOs aren’t based on the former fee-for-service style of payment, patients will be receiving care based not on their financial foothold, but their state of health. Further, when a physician in one clinical area establishes a workflow that works well, it is more than likely to benefit physicians across the board within a single healthcare system.

Sharing, rather than keeping the information hidden in silos, will allow the hospital to grow together, rather than having one area be extremely vulnerable while another is heavily lauded. By sharing best practices, the healthcare system’s growth will be symbiotic.

With the sharing of great ideas and innovations comes as well a sense of shared risk, which is one of the biggest pulls for adopting ACOs. By spreading the risk across an entire system, rather than one practice shouldering it all, the losses will be smaller for individual providers. So too, when there are losses, whatever weakness in the system contributed to it will be common knowledge rather than hidden in the bowels of an office somewhere.

Not only will measures be reported within the hospital itself, but eventually this information will be released to patients as well. Of course, it’s worth remembering that the more honesty and transparency there is within a healthcare system, the more minds can be working on developing a solution to the problems at hand.

ACOs have been presented as the most sustainable model and in theory, that would seem to be the case. It will take many more years to gather enough empirical data to support the theory, but in the mean time, the short-term goals should be enticing not just to healthcare systems, but providers as well. The question is not “will ACOs work forever?” but rather, “will they work right now?”