It’s inevitable. Unless your only sources of television are Netflix and commercial-free Hulu, you see pharmaceutical companies advertising their latest and greatest medical miracles all the time, especially late at night. At the end of each of these commercials, consumers are instructed to ask their doctors if the drug is right for them. So, when your patients pull out their smartphones and, with a puzzled look on their faces, try to pronounce the multisyllabic name of a pill that’s just come out on the market, you can probably guess where they’ve heard of it. What about other health issues patients may ask you about, like recent changes to health and safety laws? It’s important to be aware of these policies so you can properly inform the typically naive consumers that you treat as a medical professional. Here a breakdown of some of the key health-policy updates you should know as a physician, nurse or allied-health practitioner – just in case one of your patients throws a tough question out there.

1. Transportation of Human and Animal Food

In May of this year, the Food and Drug Administration (FDA) updated its Food Safety Modernization Act (FSMA) with a new rule on the Sanitary Transportation of Human and Animal Food. Specifically, this provision strives to keep food for both humans and animals uncontaminated in the process of delivery from farm to table. This rule, among others related to food safety, was initially proposed in 2013 after the FDA discovered many agencies transporting food were using potentially unsafe practices, including improper refrigeration, inadequate cleaning of transport vehicles and poor attention to the food’s protection. As a result, the FDA noted that food-borne illness outbreaks were increasing steadily, even after the agency’s enactment of the initial enactment of the Sanitary Food Transportation Act (SFTA) in 2005. The new rule places extra emphasis on sanitary requirements for all shippers, loaders and carriers involved in food transportation. According to SGK, if your next patient expresses concern about food-borne illnesses, you can try offering some reassurance by bringing up this new regulation. Just know that it’s limited to shippers, carriers and receivers who generate more than $500,000 in annual sales, and it doesn’t currently apply to human and animal food that is transported via air or ship.

OK, it’s not yet a law across America, but many states are trying to change car-seat requirements for infants and toddlers. The American Academy of Pediatrics (AAP) has, since 2011, recommended that all children under the age of 2 be placed in rear-facing car seats, since that lowers the risk of spinal trauma in the event of an accident. This is based on an extensive body of research, including a 2007 study that found children 2 years or younger in rear-facing car seats were 75 percent less likely to be severely injured or killed in motor-vehicle accidents than those facing the front. Currently, state laws on car seats vary throughout the United States, but several states, like Wisconsin and Tennessee, are negotiating bills to either extend the length of time children and infants are required to sit in a car seat, or at least the length of the time the seat should be rear-facing. The National Highway Traffic Safety Administration (NHTSA) claims that one in four car seats is not installed safely, and only three out of seven children are properly restrained. Make sure you read up on your state’s laws regarding car seats so you can give your patient the most up-to-date information – including that, just like milk and eggs, car seats have expiration dates, too.

American policy on medical equipment has undergone some recent changes, too. In 2014, The Joint Commission, an agency that certifies and accredits more than 20,000 health care organizations throughout the nation, revised its standards on the maintenance of such equipment, which now applies to all so-called deemed-status hospitals. According to the Joint Commission, the new requirement was a direct response to a 2013 memo from the Centers for Medicare and Medicaid Services (CMS) that attempted to relax some of the policies on equipment maintenance that the organization found overly restrictive. Previously, deemed-status hospitals were required to either keep written records of all medical equipment or, at the very least, maintain a written inventory of equipment that could be associated with safety hazards. Under the new Joint Commission policy, however, all hospitals must maintain a written inventory of all equipment, regardless of whether it is classified as risky.

In addition, hospitals must clearly identify high-risk equipment, such as devices used in life support, and record all processes and frequencies of testing, inspecting and maintaining the equipment. The Joint Commission also now requires deemed-status hospitals to follow manufacturer recommendations for selected types of medical equipment, such as laser devices, radiological and imaging equipment and any other equipment subject to federal law, state law or the Medicare Conditions of Participation. So the next time your patients question the safety of your medical equipment, you can bring up these regulations. Just keep in mind that you may not be quite as happy yourself with the changes – a recent report pointed out that these new compliance rules will require more hospital money, staff and time – including on your part.

Just as the political climate in the United States may be changing, so too are the dynamics of health care and policy. Who knows what new health and safety policies the country will see after the next election. Regardless of whose stance on health care you find yourself aligning with, as a medical professional, it’s important to stay just as informed on these ever-evolving issues as it is on the newest treatment mechanisms. After all, you know what they say: Knowledge is power – for both you and your patients. 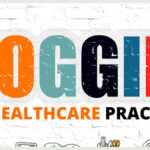 Blogging for Your Healthcare Practice in 2016