Those who are implementing the accountable care act are not the same as those who wrote the law. 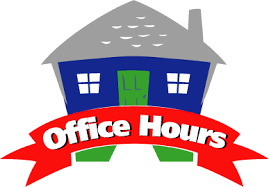 Those who are implementing the accountable care act are not the same as those who wrote the law.

Scott Gotllieb who is a practicing physician and also writes for the Wall Street Journal points out that many of the centrists who wrote and refined the accountable care act have left the White House Office of Health Reform.

President Obama has at the controls as his right hand woman Jeanne Lambrew, not the Secretary of Health and Human Services,  Kathleen Sebelius.

Who’s In Charge Of Implementing Obamacare And Why It Matters

It’s a relevant question now that the White House is finally releasing the pivotal regulations that outline the shape of the new insurance scheme.

Scott Gotllieb wrote more almost three years ago in the New York Post, that many of the Obama Administration’s economic centrists were leaving the White House. Left behind were some of the most progressive staffers. They would be the ones implementing the law.

That transition now seems to be complete. The few remaining centrists thinkers inside the White House, mostly scattered across the National Economic Council and Treasury, are gone – or largely marginalized when it comes to issues around implementation. The people drafting and reviewing the regulations are mostly centered in the White House and its Domestic Policy Council — and they mostly work for Jeanne Lambrew.

Normally, the Office of Management and Budget and the National Economic Council would be heavily engaged on the issuance of regulations tied to a major law like Obamacare. Not the Obama White House. The economists still play on the fiscal issues related to Medicare and Medicaid. But when it comes to Obamacare implementation, they are not calling the shots. The power is centered on Lambrew.  Lambrew is a highly competent policymaker and power player with deep experience in healthcare. A former Senior Fellow at the Center for American Progress, she is also unabashedly liberal – often serving as the architect of her party’s most progressive ideas on healthcare reform.

After laws get passed, the principals in an administration move on (especially in a second term). The implementation work is left to the policy wonks. Those wonks tend to be a party’s true believers, representing the ideological wings of their political parties. Lambrew is deeply progressive, and will hew in that direction at the many regulatory decision points that the law leaves murky.

The only difference in this White House is how little influence the economists seem to have. And how successful Lambrew has been at consolidating her power. It seems all the moderates and centrists were dejected as to how it turned out and abandoned ship, not to be labelled with the coming failures of Obamacare.

A major stumbling block for passing a workable law was the defeat of Senator Daschles’ appointment as head of HHS in lieu of Ms. Sebelius. Daschle’s defeat was another political twist in the hanging of health care in the United States.