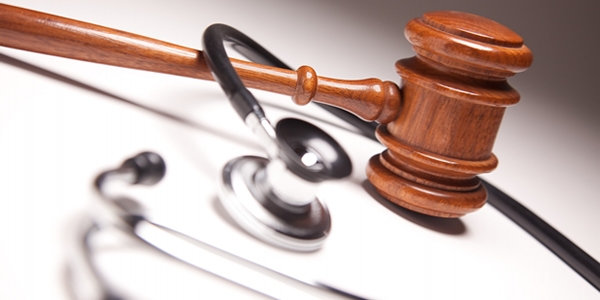 What You Should Understand About Medical Negligence

Medical professionals know that the cost of malpractice insurance has risen dramatically over the past few years in response to changes in care delivery, such as medical consolidation and even shifting reimbursement models. This is a simple fact of economics, but it doesn?t make medical negligence or simple human error any less serious ? and that?s why malpractice insurance is so important. Of course, medical negligence isn?t about the money ? it?s about the fact that such errors are the third leading cause of death in the United States, following cancer and heart disease. And not all substandard care leads to a patient?s death; rather, the incidence of ?minor? errors mean that the frequency of medical negligence is actually much higher. This is a trend that doctors need to work hard to change. If we?re going to reverse this rising tide, doctors need to be more conscious of their limits, institute a greater number of safeguards, and approach each interaction with care and concern. Sometimes it?s the little things ? the preemptive apology to the right patient, for example, that can help mitigate a negligence suit before it starts.

The Consumer Model of Medicine

In the world of business, there?s an old saying: the customer is always right. This may not be exactly true in a sector like medicine where it takes many years of training to even learn the basics, but patients often approach medicine from a consumer perspective. So when something goes wrong, patients want to hear that they?re right. They want to be vindicated. Often, that comes in the form of financial compensation. The range of effects rendered by medical negligence varies widely, but successful cases have addressed everything from misdiagnosis leading to brain damage to birth injuries and even wrongful death. Malpractice insurance is so expensive because, especially in the case of children or young adults, negligence yields settlements in the millions ? doctors are expected to compensate families for the number of healthy years the individual lost.

Outcomes Aren?t The Same As Negligence

One thing that all patients need to understand ? and that doctors need to better internalize ? is that a bad outcome isn?t the same as negligence or malpractice. There are risks to almost any medical procedure and a doctor can do everything right and the patient can still suffer harm or even die. We see this happen all the time in the media. For example, fat emboli are a known risk of liposuction, yet people are often shocked when someone dies from the procedure. This isn?t necessarily negligence if the procedure was performed correctly; any responsible doctor performing liposuction will warn their patients that this could happen. That doesn?t mean people aren?t shocked ? it just means it isn?t negligence.

The Facts of Malpractice

So if bad outcomes don?t determine whether something is malpractice, what does? There are several different things you should take into account. First, there are issues of licensing. Unscrupulous individuals have been known to practice without appropriate licensing. If a patient contacts the medical licensing board, the board can confirm the standing of the practitioner and may be able to issue appropriate warnings, even if they don?t have significant influence over an individual case. Doctors who receive too many warnings can find themselves in a dangerous position. Other factors that play into whether or not a case is one of negligence or simply a poor outcome include doctors who are acting under the influence of drugs or alcohol, failure to follow appropriate protocols, or operating in an unlicensed facility. In other cases, malpractice cases may hinge on forgotten surgical instruments or situations where a doctor fails to run appropriate tests to rule out serious infections.

Hospitals have engineered a number of strategies to prevent medical negligence wherever possible since it can harm their ratings and cost them a lot of money. One of the simplest systems that hospitals use is the preoperative checklist. Checklists are useful because they ensure that doctors perform a lot of little steps that are easy to skip. That includes ensuring the patient?s identity by asking for their name and date of birth to confirming allergies and marking the body part being operated on. Failure to do so regularly leads to improper amputations and surgery on completely normal body parts. In a more modern turn, hospitals are embedding RFID chips into surgical tools due to the frequency with which sponges and even clamps have been left in patients, causing life-threatening infections. By scanning tools in and out during the surgical process, hospitals mechanically reduce the likelihood of a malpractice suit. Medical malpractice is very serious and can derail individual lives and medical careers. Though there will always be negative outcomes because the human body is an unpredictable thing, we can do our best to eradicate negligence. So remember: always be conscientious, be alert, and first do no harm.