Just give me the cheapest one

Makers and buyers of new Hepatitis C drugs have been slugging it out in public lately. What’s going on and what are the broader implications?

Just give me the cheapest one

Makers and buyers of new Hepatitis C drugs have been slugging it out in public lately. What’s going on and what are the broader implications?

Pharmacy benefit managers, health plans and drug makers have been gearing up for this fight for a while. Many baby boomers contracted Hepatitis C from IV drug use and other excesses back when they were flower children. But available treatments have been difficult to tolerate and not always that successful, so as a result there is a huge pent up demand for an easy-to-tolerate, curtive treatment. Enter Gilead with its Sovaldi (sofosbuvir).

The roughly $85,000 price tag for a course of treatment is pretty high, but Sovaldi is not nearly as expensive as some other specialty products that no one makes a big stink about. The real issue here is the large number of potential patients and the overall near term financial impact of Sovaldi on those who are paying the bills. Sovaldi has a decent value proposition, too: save money and improve quality of life by avoiding liver transplants.

Meanwhile, payers led by Express Scripts, a large pharmacy benefit manager, have been beating the drum against the high price of Sovaldi. They have been talking out of both sides of their mouth: they don’t want price controls (after all, that would put them out of business), but they do want lower prices that they consider to be fair.

My guess is that none of the payers extracted a massive discount from the companies. I also think doctors will retain a reasonable degree of discretion in choosing which product to prescribe. None of the exclusive deals bar patients from getting the competitor’s drug; they just make it harder.

What’s striking about the Hepatitis C battle is that it’s clearly all about the money. None of the parties have really tried to claim that the deals are based on clinical considerations.

What we don’t know yet is what the battle over Hepatitis C drug pricing means for other high price specialty drugs. For example, will payers push back more aggressively on pricing or availability for cancer drugs? Will they try to pit manufacturers against one another? How steep will any discounts be? Will doctors and patients rebel? Will they enlist state legislatures and Congress? How about the courts?

Stay tuned as we find out. 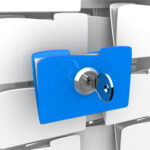 What Is Protected Health Information?
Next Article 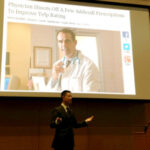