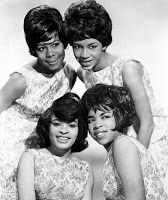 The Marvelettes in 1963
Patients are cool.   I did a colonoscopy on a hospitalized man who was saddled with the ravages of obesity, diabetes, sleep apnea and respiratory disease.  My partner had performed the initial consultation, and it was my task to bring light into a dark place by performing a colonoscopy.  I engaged in some conversation prior to the procedure, not simply to acquire relevant medical facts, but also to establish some rapport with a man I hadn’t met before, who I was poised to violate.  I learned that he was a navy SEAL decades ago during the Vietnam war, and enjoyed some leisure time in Cambodia then.  He mentioned that he was waterboarded during his training repeatedly and described it as a routine exercise.  Yikes.  When I was his age, I was dissecting a cadaver in medical school.  The most risk I faced was crossing a New York City street.
Fast food workers are cool.  I stop often in the morning at a McDonalds near one of the community hospitals we serve.   This is where I can spread out a few newspapers and sip a carbonated beverage that has zero nutritive value.  I love the older music that is piped in there from the 50s and 60s.  (Don’t tell me you haven’t heard of the Marvelettes,  the Platters or Wayne Fontana and the Mindbenders?)  Denny serves me up when I arrive with courtesy and a smile.  He’s entered the senior phase of life, similar to many other workers at fast food establishments.  Although the food may be fast, Denny isn’t.  He has one speed which is between neutral and first gear.  He’s the kind of guy who just can’t be rushed, despite whatever pressure might be exerted upon him.   We all know folks like this.  Sometimes, I felt myself becoming impatient with this avuncular man who moved at the pace of a loris.  Patience is a lost virtue in a world that demands instantaneous data retrieval and communication.  In my parent’s day, I don’t think they would suffer apoplexy if the person in front of them in the supermarket check-out line was counting out some change.  It took months before I discovered that Denny was an intelligence officer who flew on combat missions during the Vietnam war.  What was I doing then?   Trying out for Little League or participating in some equally perilous activity.  Denny has earned the right to move a little slower than the instagram generation demands.  We can learn a lot from Denny.
Teachers are cool.  I recall a patient who was a science teacher.  I have enormous respect for educators and their profession.   I am partial to science teachers, not only because of my own love of the subject, but also because this country needs to cultivate science and math excellence for our self-preservation.   While I admired him for his career choice, I was in awe of his prior profession.  He was the commander on a nuclear submarine.  While he was circumnavigating the planet, I was writing college application essays.
I am regularly amazed an awed to learn of the heroic and extraordinary acts of seemingly ordinary individuals.   I am also so impressed with their modesty and understatement.  Over the years, I have learned about their accomplishments because I have asked, not because they have volunteered their heroics, which they often shrug off.
Who’s serving you French fries and a burger?  If you’re not in too much of a rush, you might learn that the man who is giving you change, might have changed the world. 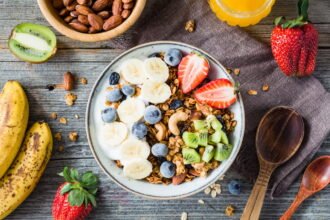