Brian Williams flew into harm’s way. At least that’s the tale he told. Williams was reporting from Iraq in 2003. He was aboard a Chinook helicopter when it was forced down by enemy fire. His story now seems to be an exaggeration.

Brian Williams flew into harm’s way. At least that’s the tale he told. Williams was reporting from Iraq in 2003. He was aboard a Chinook helicopter when it was forced down by enemy fire. His story now seems to be an exaggeration.

The damaged copter in question was one of three or four flying in convoy formation at low altitude. The aircraft was about 100 feet above the ground when hit. According to the crew, Williams was not a passenger in the crippled helicopter. He was flying in a chopper behind it. Way behind. In a different convoy, on a different mission.

It’s possible Williams was genuinely uncertain about what happened, deafened by the roar of Chinook rotors, blinded by swirling dust. It’s also possible he rearranged the details. War correspondents look more heroic under fire. (Williams was not yet anchor of NBC Nightly News.)

It is certain egos have run amok.

Williams dramatized his Iraqi story, likely to appear more daring. The pilots and crew are angry their genuine bravery under fire was co-opted by a journalist. But no one in those helicopters was killed that day. No one was shot. No one was injured.

Stripped to the core, the outrage centers on who has the right to claim bravery under fire.

Lakes of ink and gazillions of electrons are pouring out condemning Williams’s dishonesty. The bandwidth is clogged with chortling commentators. Platoons of media watchers gleefully speculate on the death of his career.

Journalists spend scant drops of ink and few electrons covering young Americans in harm’s way every day. Americans whose lives are cut short, not their careers. They don’t have careers yet.

The Gun Violence Archive (GVA) is a nonprofit organization based in Washington, DC. The mission statement says, “Gun Violence Archive… formed in 2013 to provide free online public access to accurate information about gun-related violence in the United States.” The number of children and teens killed or injured by firearms is startling:

Older children and teens can be courageous when circumstances call for courage. It’s implausible, though, that many of the 3,269 kids who caught a bullet in 2014 chose to be in harm’s way. Most aren’t bragging. They’re dead.

Aaron Carroll is a pediatrician and prolific blogger. He also writes for the New York Times’s feature The Upshot. Published in the middle of the Williams uproar, Carroll’s piece “How to Prioritize and Save Young Lives” was a chilling reminder of lives at risk.

Americans don’t have clear ideas about what kills children and adolescents, according to Carroll. People are often surprised to learn more children succumb to accidents than any other cause. Motor vehicle accidents are the most common, especially for the 15-24 year-old crowd. (Other accidents include falls, drownings and poisonings.) The second leading cause of death for young adults is homicide, followed by suicide.

Carroll compared public health efforts in Denmark to programs here. The Danes spent money on robust motor vehicle safety programs. They focused on increasing seat belt use and decreasing driving under the influence. He writes, “In the last three decades, motor vehicle deaths among young adults in Denmark has decreased by more than 85 percent, while cars on the road increased by 90 percent.” Those are stunning results.

Denmark and the US had roughly similar suicide rates for 15-24 year-olds back in the eighties. Denmark began a national suicide prevention program about twenty-five years ago. We didn’t. Our suicide rate for young people rose from 9.7 per 100,000 in 2003 to 11.1 ten years later. The Danish rate dropped by half.

Do Danes care about their young people seven times more than Americans? Is an Alaskan life only a fraction as valuable as a Danish life?

Brian Williams wasn’t shot at over Iraq in 2003. He was shot down in New York City last week. Williams was in harm’s way. In Manhattan’s canyons, not Iraqi dunes.

Media experts tossing dirt on the grave of Williams’s career should put down their shovels. Newsflash! Brian Williams is vain! Yeah, who isn’t? He seems like a decent man with a good heart and lots of talent. And money.

Here’s a suggestion for his penance while the dust settles. Williams could begin a campaign to tell Americans the ways our children and young people are dying every day. By their own hand or someone else’s. He could report the stories of these lost lives and ask why we’re willing to abandon our children.

Williams could gather his courage and take on the National Rifle Association. Ask the NRA why they sacrifice our children. Williams would have a chance to show heroism under fire.

Because he really would fly into harm’s way then. 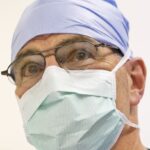