(Editor’s Note: The following is the first in a series of four exclusive HealthWorks Collective interviews on Health Policy by our Washington DC reporter, Steven Goldstein)

(Editor’s Note: The following is the first in a series of four exclusive HealthWorks Collective interviews on Health Policy by our Washington DC reporter, Steven Goldstein)

HWC: What is the SBM looking for as the ACA goes live?

JA: Our primary focus is making sure small businesses know what their options are. That they know about the small business exchanges or the individual exchanges. That they have the facts and know if they have any responsibilities — which most of them don’t, if they are under 50 employees — and just that they know what’s going on because there’s been so much confusion out there.

HWC: What small businesses are leaving insurance for their employees to solve and dropping any existing insurance coverage(s) they currently have for them?

JA: We haven’t heard many stories of that from around the country. There are businesses that have been unable to provide and they’re not all of a sudden going to begin providing. But in terms of businesses that have been providing thinking of dropping it, no, they are thinking the other way, looking at the options in the new marketplaces and seeing if they can continue to offer.

HWC: Will enough healthy folks sign up to balance the sick and newly covered?

JA: Yes, that’s one of the major cost containment features of the new law. Because many more will be in the system, there will no longer be this hidden cost to those of us who provide coverage. And I think we’re going to see a substantial number of healthy people sign up.

HWC: Do you believe deductibles will continue to grow larger under all ACA plans?

JA: That’s hard to tell; we’ve seen a trend in that direction. Right now, the costs are coming in lower than anyone anticipated. I think we’re hoping that if we can contain costs via the marketplaces, via the medical loss ratio, via getting more healthy people in the system, that the trend toward increasing deductibles will weaken and we can pull back on that trend.

HWC: Will exchanges generally feature a narrower network of doctors and hospitals than SBM would prefer? Do you see any hope for expansion?

JA: We don’t see a narrowing of networks within the plans at the moment. Folks who are focused on cost containment see a benefit in the narrowing of networks because providers in the network are committed to cost containment provisions. Of course, you can’t make them so narrow that you don’t have providers available to people in the region. I only see some narrowing in the future in order to keep costs down.

HWC: What if any special issues or challenges will you be monitoring?

JA: The biggest issue for us is seeing how information is being understood, or not, by small business owners and how we can improve that. Now we’re making sure that owners know what their options are, making sure that agents and brokers working with them know how the system works. We’ll be looking if there are breakdowns in any of that and how we can fix it.

HWC: What has surprised you about the rollout thus far?

JA: We’re pleasantly surprised by the sheer volume of interest. It’s created some technical issues, but in a way it’s a good problem to have. We’d rather have reports of glitches than reports of no one showing up. 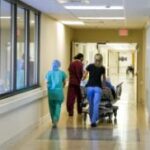