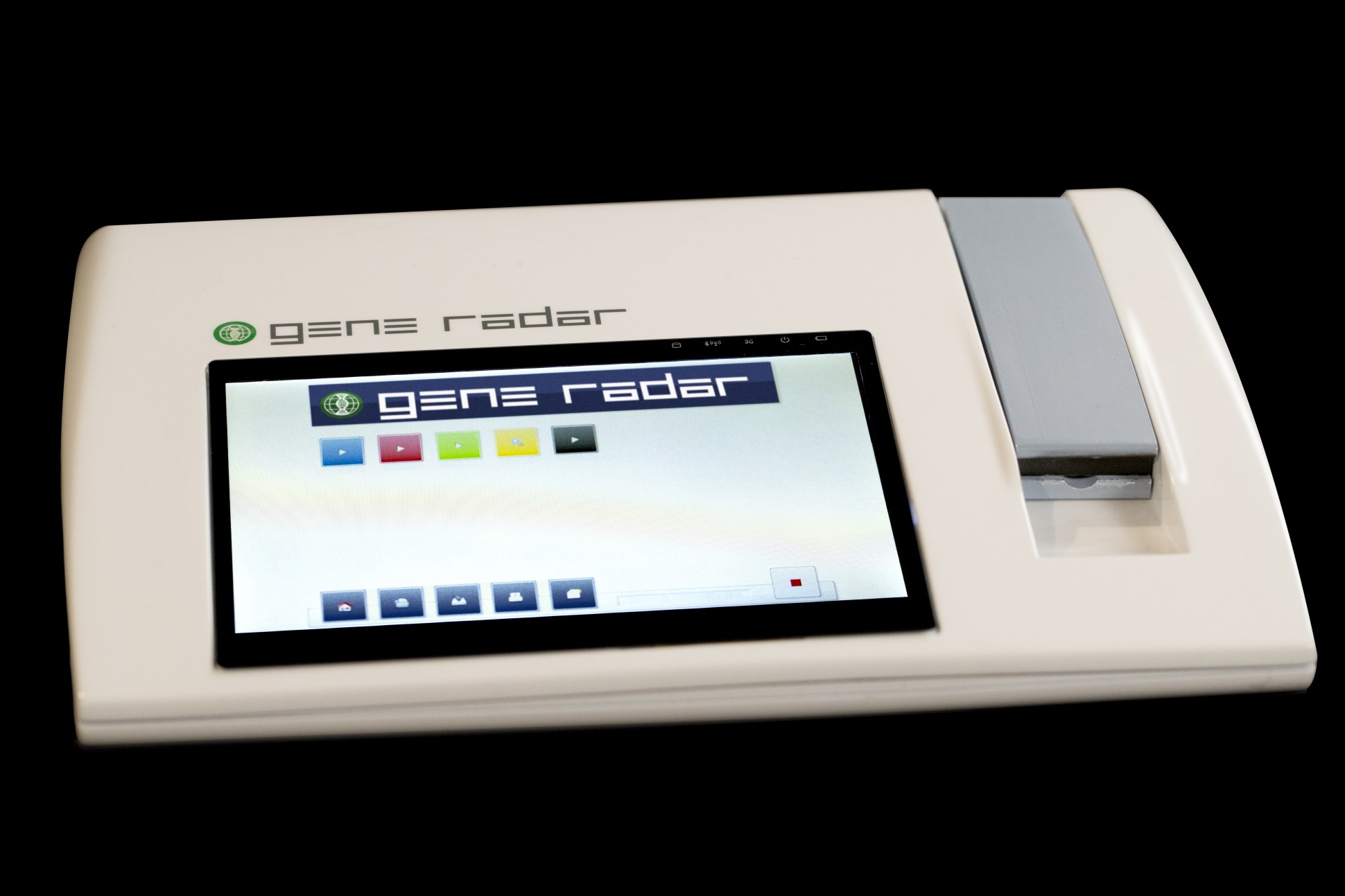 In a world where nearly 4 billion people lack access to basic health care, the need for mobile testing using simple methods such as a single drop of blood could have momentous impacts on care.

In a world where nearly 4 billion people lack access to basic health care, the need for mobile testing using simple methods such as a single drop of blood could have momentous impacts on care. The level of individualized, near real-time care could become a reality in the developing world, as well as in many remote areas of the industrialized world. Anita Goel, M.D., Ph.D., a Harvard-MIT-trained physicist and physician, claims, “technologies like our Gene-RADAR® are emerging from the new field of nanobiophysics which will mobilize, personalize, and decentralize the next generation of health infrastructure, exponentially increasing access on a global scale.”

Although there are significant gaps in health care around the world, there is no lack of technology in the health sector. But how do we prepare the ecosystem – especially the deeply entrenched, regulated system in the US – to adopt next-generation technologies like Gene-RADAR® – the first product coming out of Nanobiosym.  Gene-RADAR® is an iPad-sized mobile diagnostic platform that works off of a drop of blood or saliva to deliver a real-time diagnosis at a price point makers claim are 10 to 100 times cheaper than conventional tests. When Google was launched in 1998 it revolutionized the world and our access to knowledge about the world, by taking books, manuscripts, music, general history and information out of libraries, and into homes, information began to decentralize immediately. Like that ground-breaking endeavor, Gene-RADAR® has the ability to be the first mobile device that can test for diabetes, tuberculosis, AIDS, HIV, Ebola, E.Coli and even certain types of cancer in under an hour. The ability, domestically and abroad, for individuals and providers to know this information without the US-based four-walled hospital could fundamentally transform the way we understand and practice medicine.

In the United States however, this means that we must prepare the ecosystem for the kinds of shocks that could result from unleashing this kind of technology. Further, it means understanding and harnessing the power of such technology that intersects physics, nanotechnology and information technology. When there are critical gaps and limitations to what can be done in silos, the need for combining these kinds of technologies and innovations is paramount. Gene-RADAR® integration means that potentially the unmet need for diagnosis is not only in the hands of those who need it, but that the costs also plummet.  With Gene-RADAR®, Nanobiosym aims to deliver the same test in a mobile device for at least 10 times cheaper and with real time results.

Empowering individuals to take responsibility for their own health care begins with access. By bringing Gene-RADAR® to individuals, Dr. Goel believes that consumers will be more empowered to take ownership over their own health. Further, both industrialized nations and developing countries can benefit from increased access and quality of care.

Currently, Gene-RADAR® is custom building “apps” for customers in both the developed and developing worlds and have already designed two pilot studies to run simultaneously in a large US hospital system and in Rwanda.

The aim in Rwanda, where 3% of the population is HIV+, is to improve basic testing and efficiency.  In collaboration with the country’s Ministry of Health, USAID, and other global health agencies, Nanobiosym hopes to eventually provide a low cost solution to an estimated 200,000 people in Rwanda in urgent need of HIV viral load tests today – a demand that their current traditional centralized lab infrastructure is not able to fulfill.

In the United States, Nanobiosym’s goal is to use Gene-RADAR® to demonstrate a mobile cost-effective and real-time solution to cut costs while delivering better patient care. This also enables the next generation of pharma, and how these changes will impact the way Americans are diagnosed and treated. What makes Gene-RADAR® special, says Dr. Goel, is that the applications behind the platform are extremely flexible, and therefore can be customized for each partners’ needs, accommodating their nuances such as the user group who will be tested, the disease targets and even the site location.

Health care is a multibillion-dollar industry in the US with significant supply chain issues.  This says nothing of the trillions of dollars spent globally each year on health care. For the world to embrace and realize the proposed impact of a disruptive technology like Gene-RADAR® many changes and partnerships will have to be forged.

Due to the potential disruption in diagnostics, access to care, treatment planning, monitoring, medical reimbursements and compensation, pharma and medical device industries, Nanobiosym has the potential to revolutionize what we consider personalized health care. This, however, will not come without difficulty, as none of those changes can exist in a vacuum. Policy, regulatory and pricing changes will have to occur across the ecosystem.

At present, Dr. Goel and NBS have earned prestigious funding awards from many US-based government sponsors including, but not limited to, the Department of Defense, Department of Energy, US Air Force Office of Scientific Research, USAID and National Science Foundation. Nanobiosym also has an Advisory Board comprised of some of the world’s foremost science and technology experts such as MIT Professor Bob Langer and Cloud Computing Pioneer Paul Maritz, as well as business leaders like Ratan Tata of India’s Tata Group, Ambassador John Palmer,John Abele from Boston Scientific BSX +0.92% and Alfred Ford of the Ford MotorF +0.07% Company.

On September 27th and 28th, Nanobiosym convened on Harvard’s campus to host a Global Summit to “democratize health care.” In line with Dr. Goel’s vision, the Summit was created to focus on personalization and decentralization of the next generation of health care practices and the early adopters and change agents across various siloes within our ecosystem that are driving this transformation on a global scale.