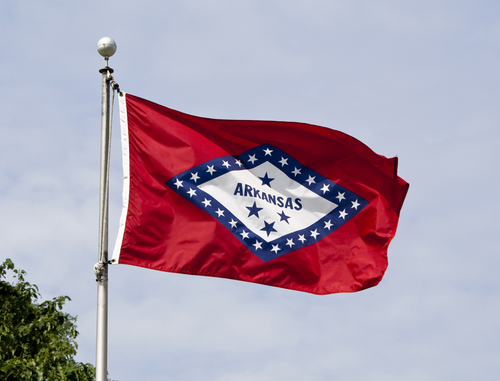 New results from Arkansas suggest that Colorado officials in favor of Medicaid expansion may be able to negotiate a better deal for both low income people and state taxpayers. Arkansas Governor Mike Beebe has negotiated an alternative to the standard Medicaid expansion offered by the federal Department of Health and Human Services under the ObamaCare law.

New results from Arkansas suggest that Colorado officials in favor of Medicaid expansion may be able to negotiate a better deal for both low income people and state taxpayers. Arkansas Governor Mike Beebe has negotiated an alternative to the standard Medicaid expansion offered by the federal Department of Health and Human Services under the ObamaCare law.

Health and Human Services has agreed that Arkansas can pay premiums for commercial insurance purchased through the state’s health insurance exchange using the federal funding that would have gone to expand Medicaid. The program will extend commercial coverage to adults earning up to 138 percent of the federal poverty level. New reports say that Arkansas can opt out and return to regular Medicaid at any time.

Federal law prohibits offering subsidies for commercial insurance to people who are qualified for Medicaid. Aside from its cost and the fact that it encourages the almost 1/3 of people with private insurance to switch to a public program, Medicaid expansion would unfairly deny people with incomes between 100 and 138 percent of the federal poverty level the chance to enroll in the heavily subsidized commercial insurance policies offered by the ObamaCare exchanges.

For those who are not disabled, commercial insurance is more flexible than Medicaid and offers better access to health care. Medicaid reimbursement for specialist care is far below commercial reimbursement and people with Medicaid coverage often have a difficult time accessing specialists. Arkansas was one of the states in the Robert Wood Johnson Cash & Counseling experiment. Where Medicaid reimbursement rules were below prevailing wages, it was impossible for clients to get the services they were promised. Other work has reinforced the Cash & Counseling results by showing that coverage expansions without payment reform may improve access to coverage without improving access to actual medical care.

Even though Medicaid reimbursements are lower, studies suggest that commercial insurers do a better job of controlling costs. They have more flexibility and less regulatory overhead than Medicaid. They also have more incentive to minimize charges and to work with patients to promote faster recovery.

Studies of pediatric surgery suggest that Medicaid patients have greater morbidity, hospital lengths of stay, and total charges even after controlling for differences in patients, hospitals, and operations. In cardiac valve operations and bypass surgery, Medicaid patients had higher risk-adjusted in-hospital mortality, accrued longer hospital stays, and posted higher total costs than either the commercially insured or the uninsured. For adolescent ACL injuries, time to diagnosis averaged 14 days for people with private coverage and 56 days for people with Medicaid coverage. There were no differences in delays due to patients not seeking care.

Rapid diagnosis and treatment is especially important for low income people. The time price of care matters when missing work means missing wages and showing up late can get one fired.

Substituting commercial insurance for the Medicaid expansion may also be better for hospitals, physicians, and the people who pay for their own care along with everyone else’s. The Colorado Hospital Association says that low Medicaid reimbursements make hospitals lose money on Medicaid patients. To make up for those losses, its members charge more to people who pay for their own care. Since commercial reimbursement generates less uncompensated care, it presumably reduces the cost shift and therefore the cost to private payers. The losses are substantial and growing. In the state of Washington in 2006, hospitals lost 15.4 percent on Medicare and 15.6 percent on Medicaid. They made 16.4 percent on commercial business.

The possibility of a deal with Health and Human Services gives Colorado officials a rare chance to improve the medical care available to low income people by shaking off the shackles of Medicaid.

We can only hope that they care enough to follow Governor Beebe’s example.

Putting a Price Tag on the Decision

Conservative opposition to the Affordable Care Act is old news. Even after the Supreme

Effects of Medicaid Expansion Under the ACA:

Summary: Preliminary studies show mixed results in terms of costs/usage and diagnosis/treatment as a