Surgeon General Vivek Murthy wants to move U.S. health care toward a ‘prevention-based society,’ according to a recent interview in The Washington Post. He calls for every institution to recognize and embrace the role that it can play in improving health. Although his focus is largely, and laudably, behavioral, we can pause for a minute and think about factors that influence behavior and choice. If we’re not engaging people on web, social, and mobile, our ability to foster individual acts of prevention is like trying to pull out a sliver with a pair of barbecue tongs.

Top-down programs and campaigns from large institutions have lost their efficacy, if they ever worked at all. To change behavior, we in the healthcare industry have to get granular about how we influence behavior and drive outcomes. We can’t count on trust for large institutions, public or private, and interest in mass media.

Whom do people trust? By and large, it’s their friends and family. What attracts their attention? The pervasive digital world of web content, social networking, and mobile devices. If we’re not engaging people at that level, our ability to foster individual acts of prevention is like trying to pull out a sliver with a pair of barbecue tongs. So what instead?

A prevention-based society will manifest itself in many modes, and with many other players. But care providers must take leadership in the broader call-to-action. 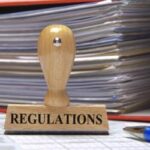 EEOC Regs on Wellness Incentives: Progress, but Many Issues
Next Article Fragmentation: The Enemy of Patient Outcomes