In early November 2020, Steven Hill* experienced a concerning and prolonged bout of nausea, weakness, and a host of other symptoms that sent him to the emergency room. After administering fluids via IV and performing an EKG that revealed no discernible cause, emergency room physicians began to suspect that low blood sugar and dehydration may have played a role in Steven’s illness. Once he showed signs of improvement, Steven was released with instructions to undergo a full blood panel with his primary care provider the next day.

In agreement with the initial assessment of the emergency, Steven’s physician ordered a comprehensive metabolic panel to test for numerous conditions, including Type 2 diabetes. Unfortunately, some four weeks later, he is still awaiting the panel results, seriously inhibiting his ability to make informed decisions about the food he eats. Worse, without proper instructions regarding his diet or any potential alternative diagnoses that may await him, Steven is at increased risk for the return of the very same symptoms that sent him to the emergency room in the first place.

Why Do Blood Test Results Take So Long?

While Steven’s case appears to be extreme, it isn’t unusual for blood test results to take days or weeks to return. How is it possible to wait so long for results when a blood draw takes 5 to 10 minutes to achieve? For the most part, time to results depends on the nature of the test and the availability of a lab to process the sample.

Many hospitals have a lab on site to handle the vast majority of common blood work, including these frequently processed blood tests:

When a lab is on site, most of the above panels can be returned between one and three days later. However, without access to a lab, physicians must send samples away for processing, which can add days or even a week to patient results. Other, less common tests are routinely sent to off-site labs and thus take longer to return.

Rapid Blood Testing as a Solution

Fortunately, technological advances are now in place to reduce wait times for many patients across the country. With rapid blood testing, patients are no longer forced to wait weeks or even days for routine lab results, instead receiving test results at the point of care. Better yet, most rapid testing requires less blood than does traditional testing. So, how does it work?

In most cases, care providers utilize a benchtop instrument that performs multiple tests per sample. This eliminates the need to send blood samples to external labs and wait an extended time for their return. Further, utilizing comprehensive rapid testing for the most common panels could free lab technicians from performing other testing, spreading the time savings to other patients.

Many patients stand to see the advantages that stem from receiving blood testing at the point of care rather than weeks later. In particular, patients can benefit from earlier diagnoses and begin taking steps toward treating and preventing symptoms. In turn, physicians can focus treatment on the condition of concern, rather than spending days or weeks issuing precautions against multiple diseases. These blood tests can also be good for identifying HIV and other diseases.

Generally speaking, patients deserve to learn the results of blood testing as soon as possible to make more informed decisions regarding their health. As more facilities gain access to rapid blood testing, cases like Steven’s should become a thing of the past. 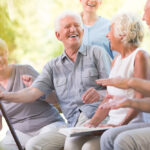 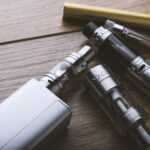