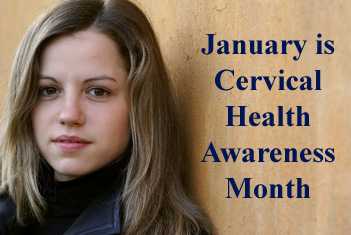 It’s a topic that we ladies don’t often like to talk about – our annual GYN exam. If you’re a woman or a gynecologist, you know the drill. As we lean back on the exam table and look up at the ceiling, the gynecologist inevitably tells us to scoot down a little more.

It’s a topic that we ladies don’t often like to talk about – our annual GYN exam. If you’re a woman or a gynecologist, you know the drill. As we lean back on the exam table and look up at the ceiling, the gynecologist inevitably tells us to scoot down a little more.

Recent years have brought some cervical cancer screening relief through the development of the more accurate ThinPrep Pap test (which can involve one specimen collection instead of two) and the recommendation from the American College of Gynecologists that if a woman is age 30 or older and has three consecutive normal Pap tests, she can therefore have these tests every three years instead of every one to two years. So now, if you’re a woman, there’s really no excuse to not get screened for cervical cancer. January is Cervical Cancer Screening and Cervical Health Awareness Month. According to a joint press release from the National Cervical Cancer Coalition (NCCC) and the American Social Health Association (ASHA), “Each year in the U.S. approximately 12,000 women are diagnosed with cervical cancer, and more than 4,000 die as a result. The true tragedy of the disease is that cervical cancer screening tests and vaccines exist that can prevent virtually every case.

This year, the NCCC and ASHA are focusing on increasing the number of young women who receive the HPV (human papillomavirus) vaccine, which protects against several strains of HPV which cause 70% of the cases of cervical cancer and 90% of genital warts cases.

“The goal of the vaccine is to make HPV not as prevalent in the general population,” says Dr. Dee-Dee Shiller, gynecologist and director of the Women’s Wellness Center at Northwest Hospital. With the vaccine, “we are wiping out a virus,” just as polio and other diseases have been controlled through immunizations. “I’m hoping that in 15 years, I won’t know how to treat an abnormal Pap smear,” says Dr. Shiller, reflecting her passion that she wants to see cervical cancer eradicated through vaccinations.

The HPV vaccine has the power to save lives, but fewer than half of the girls and young women who are eligible for the vaccine have received it. Perhaps that’s because of the fear of some parents that the vaccine sends an implicit message to teens that it’s okay to be sexually active. However, there are two reasons why this need not be a fear. First, the vaccine works best when given to someone (both girls and boys can be vaccinated) who has never had sex before – preferably two years prior to sexual activity. (Those who have had sex can still receive the vaccine; it’s recommended up to age 26.) Second, HPV is ubiquitous, and it’s not transmitted solely through sexual activity. Dr. Shiller says it can be acquired through tanning beds. “I have had patients who are monogamous and even virgins who have had HPV,” says Dr. Shiller.

Because the CDC estimates that 26 percent of girls between the ages of 13 and 19 have a sexually transmitted disease and 18 percent have HPV, it’s wise for girls to receive the HPV vaccine at a young age. Most family practitioners recommend the vaccine be given at age 11 or 12.

If you’re a woman, are you up-to-date on your cervical cancer screenings? Have you or your children received the HPV vaccine?

RELATED Stories for you
Specialties

DHHS: Does this lie make me look

There is pounding in my temples, my back muscles are in a spasm, and

CIN Special Report: Part I, Can a