How Technology Can Prevent Workplace Injuries 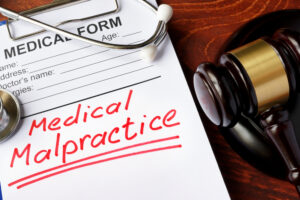 Immunotherapy is the new black when it comes to treating Cancer, raising hope in conquering this age old illness. Treating infectious disease using the body’s own defenses operates under the premise that the body is able to retain memory to guard against disease.

Immunotherapy is the new black when it comes to treating Cancer, raising hope in conquering this age old illness. Treating infectious disease using the body’s own defenses operates under the premise that the body is able to retain memory to guard against disease. Cancer immunotherapy operates under a similar premise.

The Wall Street Journal recently published an article highlighting two drugs Bristol-Myers Squibb presented at the American Society of Clinical Oncology (ASCO) last weekend in Chicago.  The presentation came on the heels of last year’s regulatory approval for Yervoy, a drug that employs the immune system to treat advanced Melanoma. Researchers were impressed with its ability to provide long term survival in more than 20% of patients.  The stock peaked at just over $34.00 at today’s open, but has since declined.

Also mentioned in the WSJ were pharma giants, Roche, Merck, and GlaxoSmithKline as pursuers of immunotherapies. But neglected were smaller emerging companies with big ideas in the same field.

Advaxis [ADXS], the 2012 winner of Best Therapeutic Vaccine in the VIE awards, is a development stage biotechnology company with the intent to develop safe and effective immunotherapies for cancer and infectious diseases. These immunotherapies are based on a platform technology under exclusive license from the University of Pennsylvania that utilize live, attenuated Listeria monocytogenes bio-engineered to secrete antigen/adjuvant fusion proteins.

READ
How Often Should You Cycle to Stay Fit

Advaxis’ lead construct, ADXS-HPV, is being evaluated in 4 Phase 2 clinical trials that are open for enrollment for HPV-associated diseases: CIN 2/3, locally advanced cervical cancer, recurrent/refractory cervical cancer (India), and head & neckcancer. Over 15 distinct constructs are in various stages of development, developed directly by the company and through strategic collaborations with recognized centers of excellence such as: the National Cancer Institute, Cancer Research – UK, the Wistar Institute, the University of Pennsylvania, the University of British Columbia, the Karolinska Institutet, and others. The stock has fluctuated over the last 3 months, peaking at $0.14 in March just after Best Therapeutic Vaccine win before settling at around $0.10 in recent weeks.

Biovest International, Inc. is an emerging leader in the field of active personalized immunotherapies. In collaboration with the National Cancer Institute, Biovest has developed a patient-specific, cancer vaccine, BiovaxID®, with three clinical trials completed, including a Phase III study, demonstrating evidence of safety and efficacy for the treatment of indolent follicular non-Hodgkin’s lymphoma.

In mid-May, Biovest announced it will file for market approval in the European Union for BiovaxID®. EMA approval would establish BiovaxID as the first cancer vaccine available in Europe for lymphoma patients.

The stock peaked mid February at $0.75 after being covered in several media outlets including Drug Discovery New, OneMedResarch and Fox News website which predicted the advance of Cancer vaccines in 2012 including BiovaxID® Lymphoma Vaccine. It has since been slowly declining and has hovered in the $0.45 range in recent weeks.

Stay tuned for an in-depth look into the advantages and disadvantages of big pharma’s new immunotherapy toys, and why a certain failure in Europe may be an omen. We’ll look at how the disruptive technologies in our wheelhouse stack up to the companies that big pharma has committed to.

Want To Live A More Fulfilling Life? Try These 5 Things

7 Tips For Caring For Someone With Dementia

Nature vs. Nurture And Its Impact On Substance Abuse

Want To Live A More Fulfilling Life? Try These 5 Things

7 Tips For Caring For Someone With Dementia